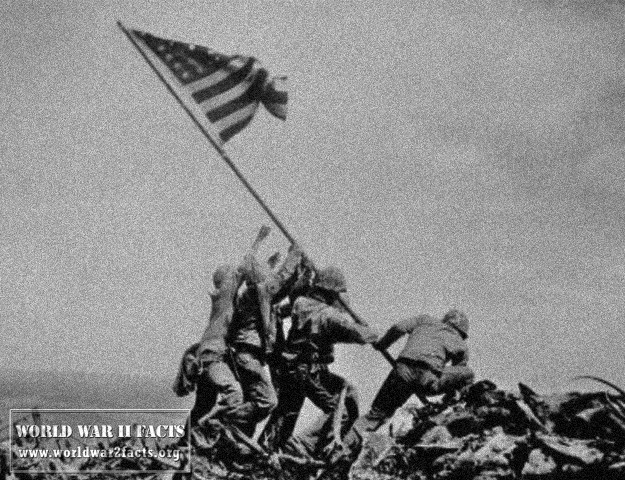 World War 2 and Iwo Jima veteran, Alan Wood, was reported by the Los Angeles Times as passing away on April 18th, 2013. Wood is credited with providing the flag raised on Iwo Jima that remains famous today. At the time of his passing, Wood was 90 years of age. He is reported to have died of natural causes in his home located in Sierra Madre as reported by his son Steven.

During the Battle of Iwo Jima, Alan Wood was a Navy officer that was in charge of communications on one of the landing ships used in the invasion of Iwo Jima. On February 23rd, 1945, one of the U.S. Marines based on his ship asked for the larges flag that Wood could find. At this point of the battle, the Marines had managed to take Mount Suribachi and were looking to hoist an American flag. Wood had a 37 square foot flag he previously acquired from a Pearl Harbor Navy Depot that he provided.

This flag was then raised by one U.S. Navy Corpsman and five U.S. Marines and photographed by AP photographer Joseph Rosenthal.

The Marines and Corpsman who are credited with raising the flag and are immortalized at the Iwo Jima Memorial include: Sgt Michael Strank, Cpl Harlon Block, PFC Franklin Sousley, PFC Rene Gagnon, PFC Ira Hayes, and PM2 John Bradley.

When queried for additional information regarding the flag provided to the Marines in 1945, Wood is reported by the LA Times to have written, “The fact that there were men among us who were able to face a situation like Iwo where human life is so cheap, is something to make humble those of us who were so very fortunate not to be called upon to endure such hell.”

The Iwo Jima Memorial (officially known as the Marine Corps War Memorial), is located just outside of the Arlington National Cemetery and is locate beside the Netherlands Carillon in Arlington, Virginia. The memorial is officially dedicated to all United States Marines who have served and died in defense of the United States since 1775. The memorial is based on the Iwo Jima Flag Raising image by Joe Rosenthal, and was completed by Felix de Weldon.

After his service during World War 2 in the U.S. Navy, Alan Wood would go on to work as a spokesman and technical artist at the Jet Propulsion Laboratory in La Canada Flintridge. Prior to his death, his wife, Elizabeth would pass away in 1985. In addition to his son, Alan Wood is survived by three grandchildren.