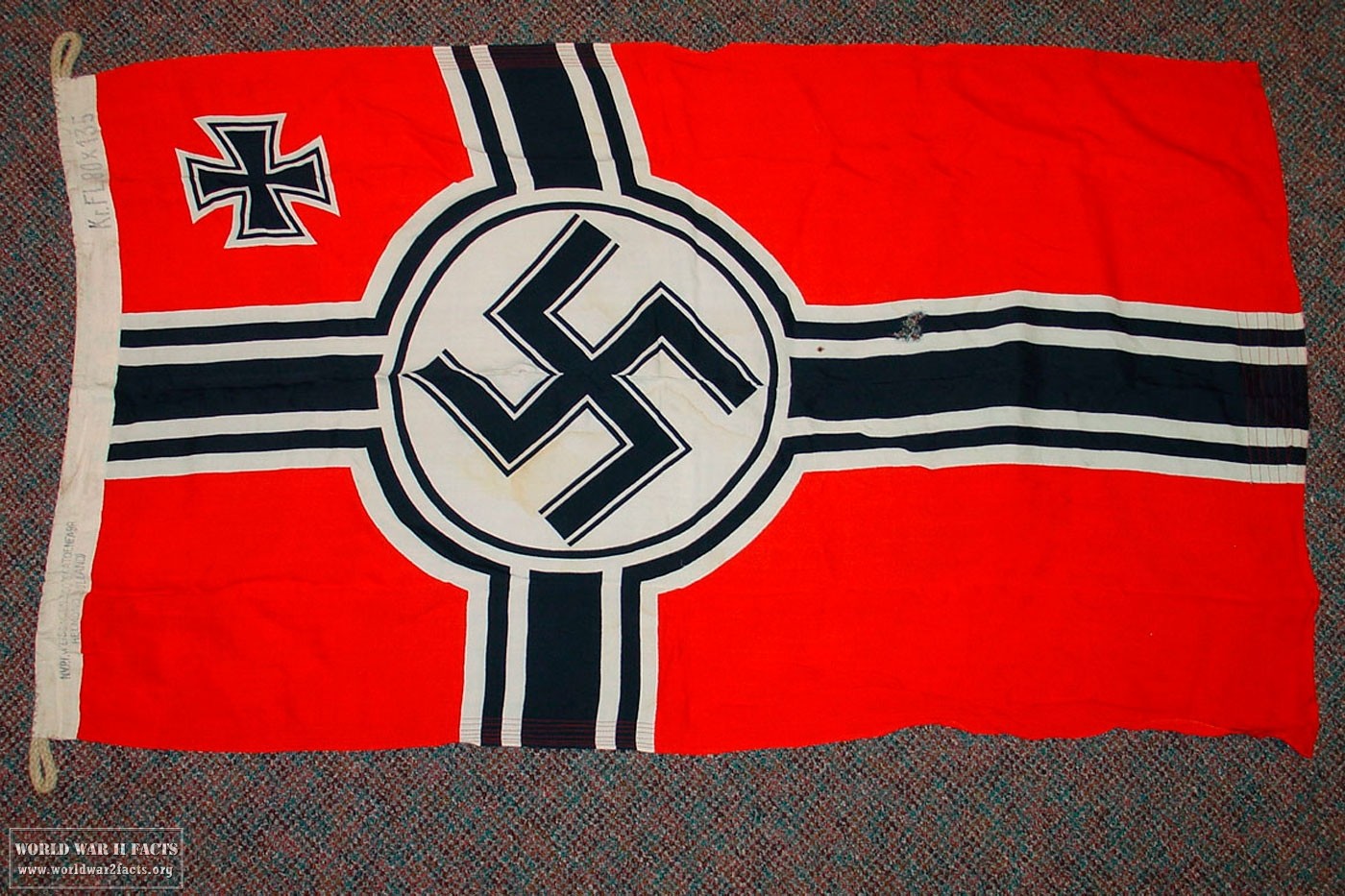 Since populations around the world have grown to the point of forming nationals, national flags have served as a symbol of a country’s peoples, ideals, identity, and history. They symbolize all the respective country’s people value and especially during World War 2 what they fought for. Many of the World War 2 flags used during the Great War have changed somewhat since the conflict was fought, but the importance of national flags has remained the same. The flags in this article represent the major Allied and Axis power national and naval flags (jacks and ensigns) used during World War 2.

What is a Naval Ensign?

A naval ensign is the national flag used at sea on a yardarm and flown at the stern of a ship when at anchor or inport. They can also be flown from the gaff of a ship and in some navies also refer to the rank of a junior officer.  Naval ensigns are used by a given country’s navy while a civil ensign is flown by pleasure craft and merchant vessels (some countries will have please craft fly a different flag). Some countries only employ one ensign and there are larger versions of the naval ensign referred to as battle ensigns used by a number of countries when ships head into battle.

What is a Naval Jack?

A naval jack is another national flag flown by warships (and other select vessels based on the country) at the head or front of a ship. They are typically flown while inport, at anchor, or if the ship is dressed on a special occasion. Once underway, the naval jack is hauled down on the ship.