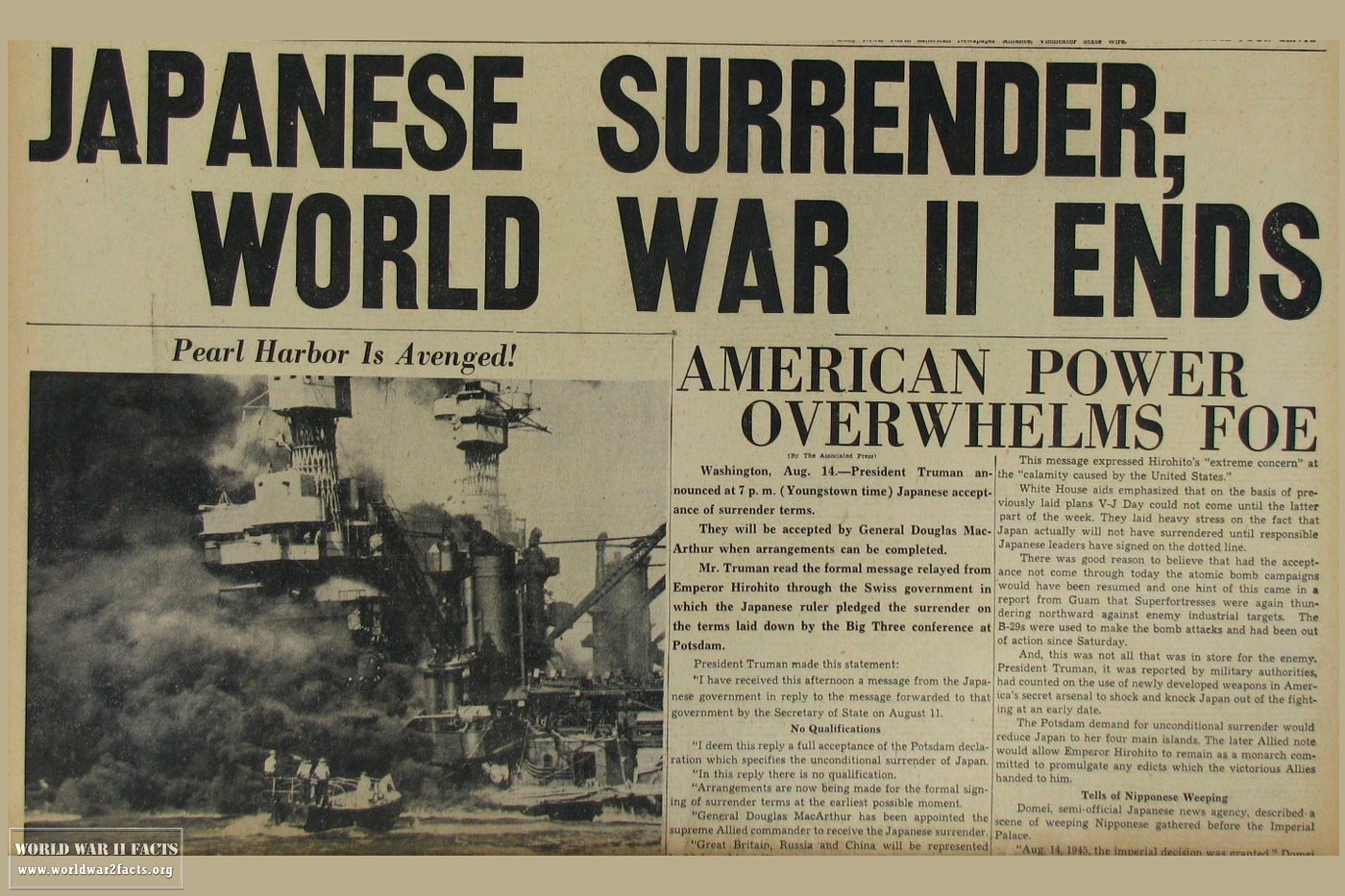 World War 2 was the deadliest conflict to occur in human history resulting in between 50 to 70 million fatalities world-wide. It was the most widespread war to occur in human history with having more than 100 million people serve in military units and was conducted in a state of total war amongst the participating countries. A common question that arises amongst students of the war today is when did World War 2 end? Just like other facts regarding the war, the answer is a bit involved; however, when Japan formally signed surrender documents on September 2nd, 1945 World War 2 was formally at an end.

Highlights of the End of World War 2

Surrender of Fascist Italy and German Forces in Italy

During the onset of World War 2, Mussolini decided to keep Italy non-belligerent, but declared formal support for Hitler. In this timeframe, the Italian government worked with the Germans to plan on annexing significant portions of the Middle East and Africa to include in the Italian colonial empire. Mussolini kept the Italians out of the war until Germany invaded France and entered the war on the side of the Axis powers on June 10, 1940 to fulfill their obligations under the Pact of Steel.

Throughout Italy’s alliance with the Nazi regime, the Italians increasingly were subordinated to Germany to include their campaign in

North Africa and Greece. By 1942, the Italian economy was faltering after failing to adapt to the conditions that the “Total War” environment of World War 2 required and the country’s cities were increasingly bombed by the Allies. With the defeat at the Battle of El Alamein, the Italians were on the verge of collapse. Entering 1943, Italian forces were losing on all fronts and the Allies invaded Sicily in July 1943.

Mussolini found himself removed from power on July 25th by the Great Council of Fascism, and arrested on order of King Victor Emmanuel III. The King subsequently banned the fascist party and signed an armistice with the Allies. After this, Italy formally joined the Allied side in the war against Germany.

Shortly after Mussolini was removed from power, German commandos successfully rescued him during Operation Eiche (Oak). Once rescued, Mussolini was established in northern Italy where he setup the Italian Social Republic while the Allies continued to advance in the south. The Allies did not achieve final victory over the Axis powers in Italy until they breached the Gothic Line on May 2nd, 1945. Between September 1943 and April 1945 historians estimate that approximately 50,000 German and 60,000 Allied soldiers died contesting Italy.

Mussolini would ultimately be captured on April 27, 1945 by Italian communists near the Swiss border during an escape attempt from the country. The group executed him for high treason on the subsequent day. The bodies of Mussolini, a number of other Fascists, and his mistress were put on display after this in Milan.

When Did World War 2 End in Europe?

World War 2 was declared final or at its end on Victory in Europe Day on May 8th, 1945 (May 9th in Russia based on the time zone differences. The timeline for the end of World War 2 in the European Theater:

April 30, 1945 – Adolf Hitler committed suicide in his Führerbunker along with his new bride of 40 hours (and long-term mistress) Eva

May 2, 1945 – German forces in Italy surrender after unauthorized negotiations with the Allies (Operation Sunrise) conducted by SS General Karl Wolff and the Commander-in-Chief of the Army Group C, General Heinrich von Vietinghoff. The unconditional surrender was directed to take place on May 2nd, 1945.

May 2, 1945 – German forces in Berlin surrender officially ending the Battle of Berlin. General of the Artillery Helmuth Weidling, the commander of the Berlin Defense Area, unconditionally surrendered the city to General Vasily Chuikov of the Soviet army.

May 4, 1945 – British Field Marshal Montgomery took the unconditional military surrender from Generaladmiral Hans-Georg von Friedeburg, and General Hans Kinzel, of all German forces  in northwest Germany, the Netherlands, and Denmark.

May 5, 1945 – Großadmiral Dönitz directed all German U-Boats to cease operations and General Johannes Blaskowitz, the German commander-in-chief in the Netherlands, surrendered to Canadian General Charles Foulkes in the small Dutch town of Wageningen in the presence of Prince Bernhard who was acting as the commander of the  Dutch Interior Forces.

May 5, 1945 – General Hermann Foertsch surrendered all forces between the Bohemian mountains and the Upper Inn river to the American General Jacob L. Devers, commander of the American 6th Army Group.

May 8, 1945 – Field Marshal Wilhelm Keitel and other German OKW representatives traveled to Berlin, and shortly before midnight signed a similar surrender document to the Soviet forces , in the presence of General Georgi Zhukov

May 8, 1945 – German forces on the Channel Islands surrender.

Although most of the German military commanders obeyed the order to surrender issued by the German High Command, the largest group of forces to ignore the order was the Army Group Centre located in Prague. The forces were under the command of Feldmarshal Ferdinand Schörner who had been promoted to Commander-in-Chief of the Army on April 30th in Hitler’s will. Schörner promptly deserted his command on May 8th, while the Soviets sent overwhelming force again the Germans who were forced to surrender on May 11th and 12th. By May 13th, 1945 the Soviet army ceased offensive operations in Europe.

When Did World War 2 End in the Pacific?

World War 2 ended in Asia or the Pacific Theater on August 14th, 1945 when Emperor Hirohito announced the decree on the radio. (August 15th in local time based on time zone differences). The formal surrender by the Japanese occurred on the USS Missouri on September 2nd, 1945 and is considered to be the Victory over Japan (or VJ) Day by the United States. The Japanese surrender would come just three months after the end of the war in Europe. A short  timeline of the end of World War 2 in the Pacific:

August 6, 1945 – The United States dropped the atomic bomb, named  Little Boy, on Hiroshima from the Enola Gay (B-29). This was the first use of an atomic weapon in combat.

August 9, 1945 – The second atomic bomb, named Fat Man which was more powerful than Little Boy, was dropped on Nagasaki from the  Bockscar (B-29)

August 10, 1945 – The 38th Parallel is agreed upon as the demarcation line for the USSR and US occupation zones in Korea.

August 14, 1945 – Emperor Hirohito’s decree to surrender to the Allies is announced over the  radio.

August 14, 1945 – Gen. Douglas MacArthur is appointed to head the occupation forces in Japan.

September 3, 1945 – The Japanese commander in the Philippines, Gen. Yamashita, surrenders to Gen. Wainwright at Baguio.