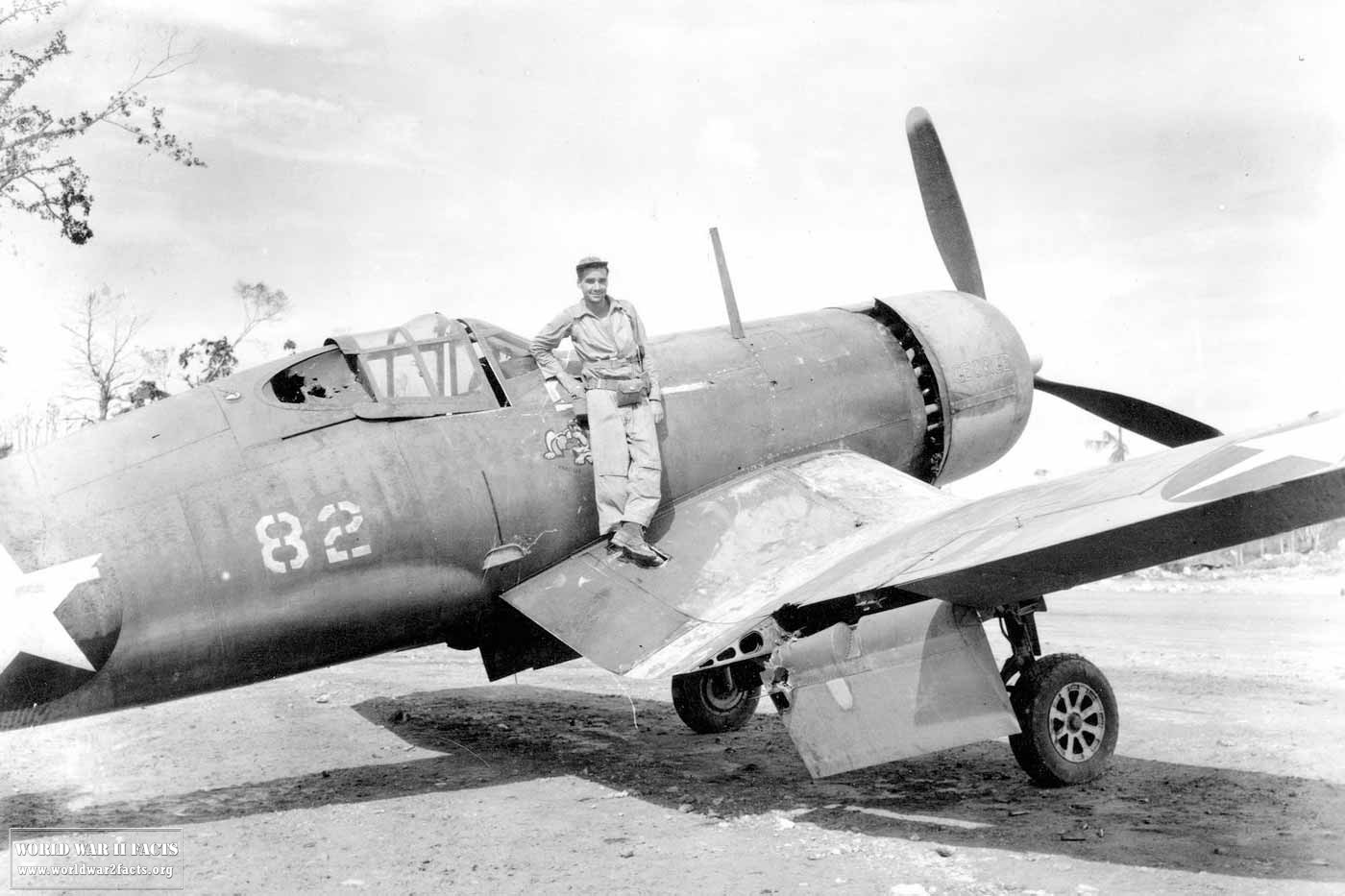 The F4U Corsair was a carrier based fighter aircraft primarily used in WW II and to some extent in the Korean War. Not long after launching ,Vought, the manufacturer of the F4U Corsair, couldn’t keep up with demand which resulted in Goodyear and Brewster picking up production as well. The Goodyear models had a FG designation while the Brewsters had F3A. By the end of World War 2, the Corsair was considered to be one of the most capable fighter-bomber aircraft of the war with a total of 12,571 aircraft being built during the service life of the aircraft.

When was the F4U Corsair First Delivered?

The first prototype of the F4U was delivered to the U.S Navy in 1940 and the final delivery was made to France in 1953. Over the course of it’s production, Vought manufactured 12,571 F4Us in a range of 16 different models. It was the longest production of a piston-engine fighter in the history of the U.S.

Who Used the F4U Corsair?

The F4U was used by the U.S. Navy, Marines, French Navy, New Zealand Air Force and several other, smaller air forces up until the 1960s. It was regarded and gained a reputation as being the most capable carrier-capable fighter-bomber in the Second World War. Among some of the Japanese pilots it was regarded as the best American fighter plane of World War II. In addition to being a fantastic fighter it was also a very capable fighter-bomber, serving in the bomber role during the Korean War and the French wars in Algeria and Indochina.

How Did the F4U Corsair get Delivered to the U.S. Military?

In 1938 the U.S. Navy Aeronautics Bureau announced two requests for a single engine and twin engine fighter plane. The Navy’s requirements for the single engine plane were: maximum possible speed, stalling speed of a maximum of 70 miles per hour (110 km/h) and a range of around 1,000 miles (1,600km). The fighter also had to be able to be mounted with 4 guns, or as an alternative three guns with extra ammunition. It also had to be able to carry anti-aircraft bombs on it’s wings. The strategists back then thought that these small bombs could be used to bomb aircraft formations with disastrous effect.

In June of 1938 the U.S. Navy chose Vought to design and build a prototype for them. When the prototype was done it was powered by the biggest and most powerful engine a fighter had to date, the propeller was also the largest on a fighter up to that point and possibly the wings as well. The test flight was made in 1940. The flight itself was normal and without any problems but the landing was somewhat hurried because of a malfunction with the elevator trim.

The prototype also set the record for the first U.S. single-engine fighter to fly faster than 400 mph when it made a flight from Stratford to Hartford with an average speed of 405 mph.

To make this plane a real machine of war it would need guns. From Europe the Americans received intelligence that two .30 guns and two .50 machine guns weren’t good enough. So it was decided that the F4U Corsair should get heavier armaments. This meant 3 .50 machine guns in each wing. Thanks to this the F4U was in a much stronger position when it came to shooting down enemy aircraft.

Vought got the contract with an initial order of 584 F4U Corsairs.

Soon however a problem emerged, the F4U had a problem with landing on carrier aircraft so it was very difficult to make use of this new fighter. Fortunately the U.S. Marines were in need of a good fighter and since most of their missions were from land-based bases the landing wouldn’t be a problem for them. It was declared “ready for combat” during the last months of 1942, but it was only qualified for operating from land basses until the carrier landing problems were sorted out. By April of 1943 the F4U had solved the carrier landing problems and was fully operation and war capable.