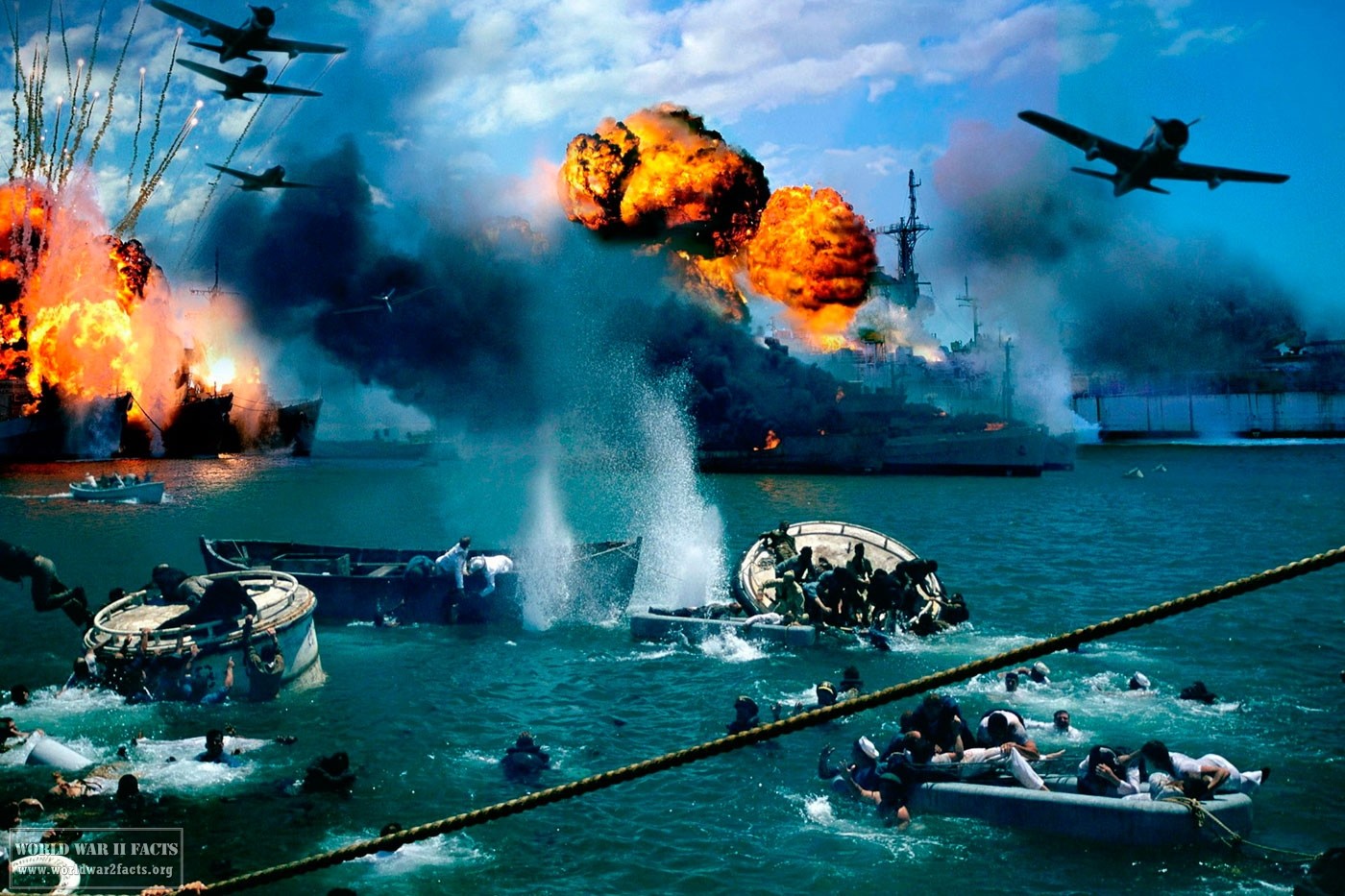 December 7 1941 is a day that will forever live in infamy. On this date, the Imperial Japanese Navy conducted a surprise attack on Naval Base Pearl Harbor. The Japanese intended the attack to be a preventative measure to keep the United States Pacific Fleet from interfering with Japanese plans for military conquest over the overseas territories of the U.S., United Kingdom, and the Netherlands. The surprise attack came as a shock to the American people who up until this point had not experienced the horrors of World War 2. Following the attack, the United States declared war on Japan and an active alliance with Great Britain was established leading Germany and Italy to declare war on the U.S. on December 11th. The U.S. would return the favor on December 12th and the nation was thrust into active involvement in the Second World War

Why Did the Attack on Pearl Harbor Occur?

An oft forgotten fact by most Americans is that the Japanese actually sank a U.S. warship anchored off of Nanking (now known as Nanjing), China on December 12th, 1937. The U.S. and Japan were not at war, and the Japanese claimed that they did not see the American flags painted on the deck of the warship and paid indemnities for the incident. This followed by the more than 200,000 killed in the Nanking massacres had already turned American opinion against the Japanese. Earlier in 1941, President Franklin D. Roosevelt had moved Pacific Fleet to Hawaii from San Diego and started a military buildup in the Philippines to help discourage Japanese

aggression in the Far East. The Japanese subsequently saw these moves as a certainty that if they invaded British Southeast Asia that the U.S. would enter the war. As a result, The Japanese leadership decided that a pre-emptive strike and Philippine invasion was the only way to avoid American interference with their plans. When the U.S. cut-off oil exports to Japan in July, 1941 after Imperial forces invaded Indochina following the fall of France, the Japanese were forced to seize and secure new sources of raw materials and preceded with attack plans against Pearl Harbor.

Oklahoma: Capsized, 429 dead. Refloated November 1943; capsized and lost while under tow to the mainland May 1947.

Pennsylvania (Kimmel’s Flagship): in drydock with Cassin and Downes, one bomb, debris from USS Cassin; remained in service. 9 servicemen killed.

Raleigh: One torpedo; remained in service.

Cassin: in drydock with Downes and Pennsylvania, one bomb, burned; returned to service February 1944.

Downes: in drydock with Cassin and Pennsylvania, caught fire from Cassin, burned; returned to service November 1943.

The Japanese intended the Pearl Harbor attack to be a pre-emptive action against the United States to keep the American fleet out of action while the Empire of Japan expanded throughout Asia. The Imperial Fleet launched 335 Japanese bombers, fighters, and torpedo planes in two waves from six aircraft carriers against Pearl Harbor. The attack resulted in all eight U.S. Navy battleships being damaged, and four being sunk. Six of the eight would be returned to service with only two being lost for service. A total of 188 U.S. aircraft would be destroyed in the attack along with three cruisers, three destroyers, one mine layers, and one anti-aircraft training ship being sunk or damaged. In total, 2042 Americans would be killed with 1,282 wounded. Surprisingly, the Japanese did not attack the submarine piers, shipyard, fuel and torpedo storage facilities, or power station during the attack.

Japanese losses were relatively light from the Pearl Harbor attack. The Imperial Navy lost five midget submarines, 28 aircraft, had 65 KIA or wounded, and one sailor was captured.

In more modern terminology, the Japanese are considered by many to have strategically snatched defeat from the jaws of victory in World War 2 with their tactical victory in the Pearl Harbor attack. Unknown to Japanese planners at the time, the United States had adopted “Plan Dog” in 1940 that would emphasize keeping the Imperial Navy out of the eastern Pacific and focusing on keeping the shipping lanes to Australia free while focusing on defeating Germany. Whether by fate or sheer luck, the U.S. aircraft carriers would not touched by the attack on Pearl Harbor which resulted in the Pacific Fleet retaining the ability to conduct offensive operations in the short term. Once the battleships were repaired, they would be used primarily in a shore bombardment role while carriers would prove to be the deciding naval asset during the war. This coupled with the Japanese decision to not launch a third attack wave against Pearl Harbor infrastructure would prove to be deciding factors in the Pacific Theater during World War 2.