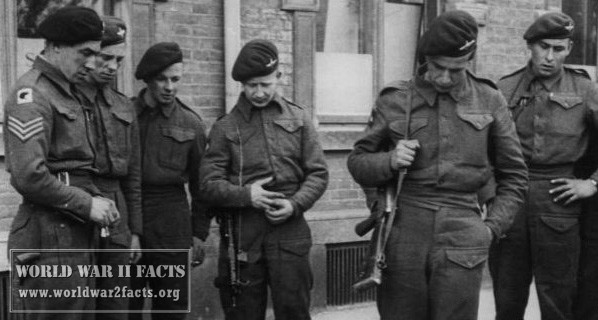 At the start of World War II no one in the Nazi government believed that they would lose the war but according to many sources by fall of 1944 a number of Nazi officials gathered to discuss a secret plan that had the goal of keeping the Nazi regime afloat. At a meeting that was held in Hohenlychen, Himmler discussed the formation of an army division named Werewolf. Hans-Adolf Prützmann was appointed as the leader of this organization and was responsible for recruiting and training the future Werewolf agents.

Plans for the Werwolf Kommandos

Once they were trained in sabotage and similar skills these Werwolf Kommandos would be sent behind enemy lines acting as guerrillas. Their main goal would be to sabotage the occupiers and retrieve any intelligence they gathered back to the Nazi army, which would supposedly be acting on un-occupied territory.

Once training began the future agents were instructed in use of small-arms, demolition skills, survival and radio-communications.

They were also taught how to sabotage the enemy forces including their vehicles and communication facilities, to disrupt and destroy food supplies and to poison wells.

Bunkers were prepared for the Werwolf Kommandos with food and munition available, hidden before the allies overran the Nazi forces.

The main idea was that Werwolf would use the night to their advantage, destroying and sabotaging at night while mixing with the general population during the day. These were the plans, the reality was quite different.

The Nazis had high hopes for Werwolf because they knew from first-hand experience just how much damage a well organized partisan force could do to occupators. The most important part for the operation would of course be an on-occupied part of Germany from where they could supply and support the Werwolf Kommandos.

Unfortunately for the Nazis the really was quite different from what they had planned. There was one operation performed by a Werwolf team at Aachen in March, 1945. It is important to point out that during this operation forces of the Luftwaffe (Air Force) Special Operations were involves as well as the SS-Jagdverband. Other than that there were some sporadic killings performed by so-called Werwolf units.

The real Werwolf unit was gone almost as soon as it appeared. In April of 1945 the Allies overran Schloss Hulcrath, which was the

headquarters of SS-General Preutzmann. He retreated to Hohenlychen but at this point Werwolf, as it was planned – a secret guerrilla operation behind enemy lines – was no more.

Despite the lack of the organization some Werwolf activity continued. Some 600 Hitlerjugend members were organized into Kampfgruppe Harz – a battle group. On April 1 the Werwolf Radio let every listener know that they wouldn’t surrender and the battle group was sent to attack American forces. Within 3 weeks only 70 members of the group were left and 50 a few days after that. They also tried to ambush an U.S. supplies convoy without success. Most of the group, now comprised of starving boys, was destroyed by air-raids which were launched when the American patrols couldn’t find them.

The End of the Werwolf Kommandos

In late April, a small group of Werwolves along with their commanders remained defiant and refused to surrender. Admiral Karl Donitz ordered them to surrender, they defied the orders. They were finally subdued by a unit of the German 8.Fallshirmjager Division.