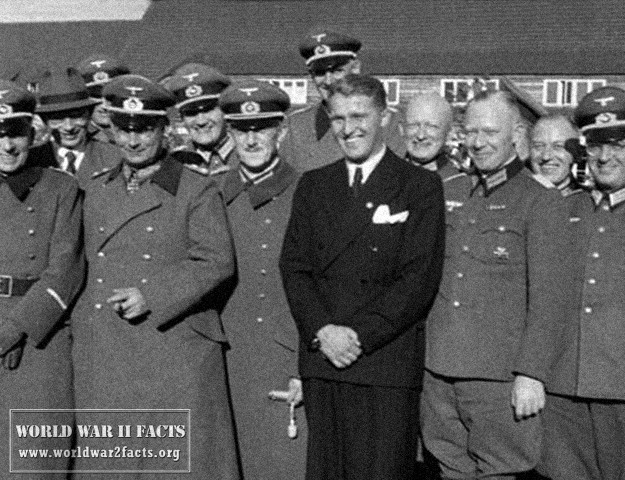 During World War II the U.S. and the Soviet Union became allies because they had a common enemy, Nazi Germany but in the last weeks of World War II it became increasingly clear that after the end of the conflict they wouldn’t remain allies. Both countries foresaw what would later be known as the Cold War and both countries wanted to prepare themselves. In modern war one of the most important factors is technology, more often than not technology will decide if you will win a war or lose it. Both the U.S. and Soviet Union were well aware of Germany’s talented scientists and both sides wanted to recruit those scientists for themselves. Fortunately for the U.S. those same scientists didn’t want to fall into the hands of the Soviet Union and approached American forces themselves.

The project responsible for finding, recruiting and getting those scientists to the United States was codenamed Operation Paperclip and was organized by the Joint Intelligence Objectives Agency (JIOA).

Among the duties of the JIOA were: supervising the Operation Paperclip policies, creating dossiers about Nazi and other foreign

scientists and other personal that could be useful in developing weapons technologies for the U.S. as well as acting as a liaison to MI6. Among it’s responsibilities was also collecting, distributing and declassifying reports on the German scientists. When the CIOS was disbanded the Joint Intelligence Objectives Agency took over most of their work.

The U.S. President at the time, Harry Truman, did not formally order Operation Paperclip until after the Nazi surrender in 1945. In the order, the President forbid the recruitment of anyone that had been a member of the Nazi party, an active supporter, or was more than a normal participant in activities. Unfortunately, adhering to this mandate would make most of the scientists identified by the JIOA for recruitment ineligible (including rocket scientists Arthur Rudolph and Wernher von Bran, and Hubertus Strughold).

In order to work around the anti-Nazi order from President Truman as well as the Yalta Conference and Postdam agreements, the JIOA worked on its own to create acceptable political biographies and false employment histories for the targeted scientists. The organization also removed the scientists’ Nazi Party membership records and affiliations with the Hitler regime. After this actions were completed, the United States government would grant security clearances to the individuals to work in the United States.

After 17 years of service the JIOA was disbanded in 1962. The dossiers of the scientists were transferred to NARA. Among those was the dossier of Magnus von Braun, Arthur Rudolph, Walter Schreiber and Georg Rickhey. Interestingly enough, von Braun’s dossier isn’t available to the general public because it was excluded form the JIOA dossiers before they were transferred to the NARA.