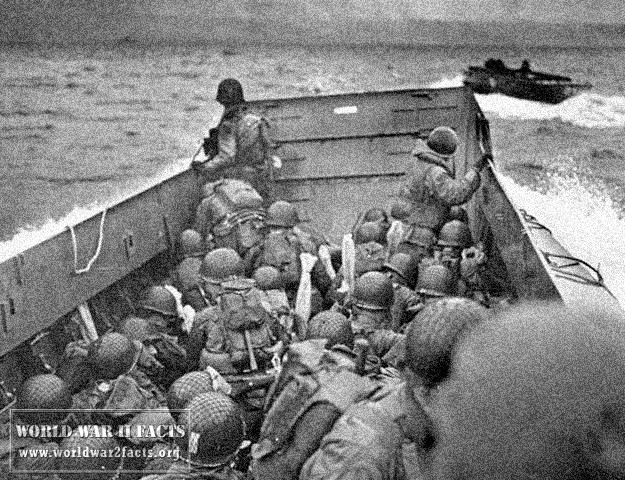 The Battle of Normandy refers to the Invasion of Normandy by Allied Forces in Normandy, France during World War 2 from June 6th, 1944 until the Allied breakout in July, 1944. The invasion was part of Operation Overlord during World War 2 and was the largest amphibious operation in the history of modern warfare. The invasion saw forces from Canada, the Free French Forces, the United Kingdom, and the United States take part. After the initial assault occurred, forces from Poland, Belgium, Czechoslovakia, Greece, and the Netherlands would take part in addition to the air forces of Austral, Norway, and New Zealand. The invasion began on “D-Day” with forces deployed from the south coast of include and included night-time parachute and glider landings, air attacks, naval bombardments, and amphibious landings on the Juno, Omaha, Gold, Utah, and Sword beaches.

When Did the Battle of Normandy Occur?

The assault phase of the Battle of Normandy was known as Operation Neptune and commenced on D-Day which was June 6th, 1944. Operation Neptune was part of the larger, Operation Overlord which was the codename for the Allied invasion of northwest Europe. The Battle of Normandy would conclude on June 30th once the Allies had established a firm foothold in Normandy. Operation Overlord would continue until the Allies crossed the River Seine on August 19th, 1944. The prep for the battle actually began several months prior to the invasion when Allied bombers would pound the Normandy coast and points south to disrupt the German army’s transportation links and build-up of military strength.

How Did the Battle of Normandy Start?

By design, airborne units led the invasion of Normandy. Just after midnight, the British 6th Airborne Division dropped northeast of Caen near the mouth of the Orne River. This position would anchor the British eastern flank. The 82nd and 101st U.S. Airborne Divisions dropped near Ste. Mere-Eglise and Carentan on the opposite flank to secure road junctions and beach exits that VII Corps could use to help capture Cherbourg.

Although many of the American paratroops landed near their respective objectives, many were scattered over a wide area on the initial invasion. Many were found drowned in the flooded lowlands, while others landed in the middle of German positions where they were captured or killed. Despite this confusion, the 101st Airborne Division was able to clear much of the path for VII Corps to move inland. At the same time, the 3rd Battalion of the 505th Infantry captured Ste. Mere-Eglise and succeeded in cutting the main enemy communications cable to Cherbourg.

As dawn approached, Allied bombers struck along the coast striking enemy batteries, railroad junctions, enemy batteries, and troop concentrations. Less than half of the gliders launched by the U.S. 82nd Airborne Division resulting in 4,000 soldiers being unaccounted for during the initial invasion launch. At 0400 on June 6th, two panzer divisions were ordered to move to Caen to guard against Allied amphibious operations expected to follow the airborne assault.

Who Were the Commanders During the Battle of Normandy?

Battle of Normandy Order of Battle

Importance of the Battle of Normandy

The Battle of Normandy signified the establishment of Allied forces in Normandy France as part of Operation Overlord in World War 2. The invasion would be the single largest amphibious operation in history with the primary objective to make a lodgment in the city of Caen and later Cherbourg Once these objectives could be secured, the Western Allies could commence the Western European campaign and start the march to take down Nazi Germany. The invasion would see approximately 6,900 vessels used to include 4,100 landing craft and 12,000 aircraft. More than 10,000 tons of bombs would be dropped against the German defenses with 14,000 attack air sorties flown. Winning the battle would signify a turn of the tide of the war against Nazi Germany who had managed to keep the upper-hand against the Allied Powers for much of the war previous to the invasion.

Summary of the Battle of Normandy

The Invasion of Normandy would be the first time since 1688 that an army had crossed the English Channel. By the evening of June 6th, 1944, there would be more than 100,000 Allied soldiers ashore in Normandy with more than 9,000 casualties. The Allies would establish a foothold in Normandy by June 30th and would cross the River Seine on August 19th, 1944.

One of the keys to the success of the Battle of Normandy was the work conducted by the American and British cryptographers that the German military believed were unbreakable. Most messages were delivered to General Eisenhower within three hours of the time of transmittal by the Germans.

The Germans would attempt to stop the American force columns by using small parties with self-propelled gun support. Although these tactics worked well for the first two days of the battle, they would ultimately fail against the masses of soldiers landed in support of the attack. On June 8th, the 175th Infantry would advance on a 12 mile route that took the Germans by surprise.

Between June 9th and 11th, the Allies would see forward advances take place along all sides of the beachhead that continued to expand. V Corps would direct a three division abreast attack at mid-day that would result in taking a 2.5 mile front north of Trevieres and in capturing the elevated ground at Cerisy Forest. The 1st Division would be employed on the right to take the high ground west of the Drome River that lay between Cerisy Forest and the Army Boundary. The 29th Division would then go on to cross the Aure and then reach the edge of the Elle River Valey.

Advances on June 12th were designed to aid in the development of the main offensive toward Cherbourg. The remnants of the German 352nd Division were active in this area and were the only main German force for a distance of more than 25 miles. German reinforcements would begin arriving on June 13th which slowed the Allied advances. The Nazis would also begin the first of the V-1 attacks against the U.K. on this date further to the north of Normandy.

On June 18th, VII Corps managed to cut across the Cotentin Peninsula resulting in the severing of all roads that led into Cherbourg.

June 18  The Vll Corps cut its way across the Cotentin Peninsula and severed all roads leading into Cherbourg. On June 27th, American forces would liberate Cherbourg, but would find it would take three weeks to re-open the port due to German damage.

By July 1st, the Allies would see a beachhead stretching more than 70 miles wide in France, but was no more than 25 miles deep in most places with some in-roads being only 5 miles. In just over a week, on July 9th, British and Canadian forces would capture Caen. During this portion of the battle, there would be casualty rates of more than 25 percent on both sides.

On July 15th, American forces finally reached St. Lô. The German garrison holding the city refused to yield, and massive casualties on both sides resulted. U.S. forces took more than 40,000 casualties on the road to and taking of the city.

Between July 25th and 30th, 1944, the Allies undertake Operation Cobra. This operation was the planned breakout from Normandy preceded by Allied bombers focusing on the German lines. General Patton’s 3rd Army would achieve the break-out into open country. On July 28th, American forces would take Coutances.

The Allies prevailed in the Battle of Normandy through the sheer numbers and force applied to the invasion. There were more than 3 million men and 16 million tons of supplies pre-positioned in Great Britain used in the attack. The occupation of Normandy would prove crucial for the Western Allies to commence battling Germany on the western Front. If the Normandy invasion had not occurred, then Soviet vice western powers could have in theory taken all of the land from the Germans as they were weighing down the Nazi war machine on the Eastern Front at this time.

Guide to materials on the planning of Operation Overlord at the Dwight D. Eisenhower Presidential Library, last accessed April 10th, 2013.