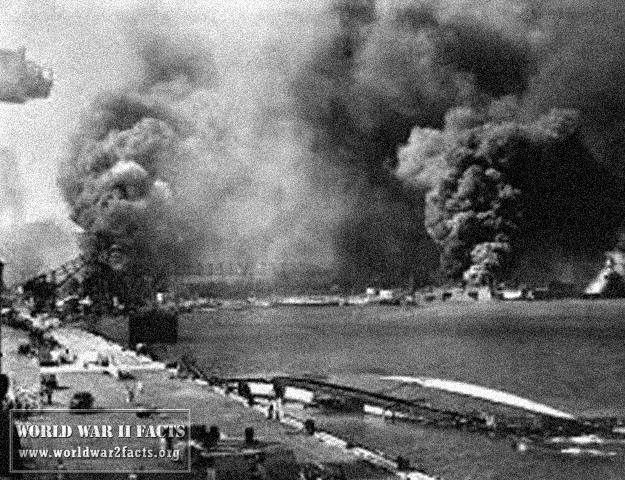 The typical date agreed upon by historians to answer the question of when did World War 2 start is September 1st, 1939. This is the date that Germany invaded Poland; however, France and Great Britain did not declare war on the Germans until September 3rd. In the Far East, the start of the Second Sino-Japanese War occurred on July 7th, 1937 when the Japanese invaded China is referred to by many in the Far East as the beginning of World War 2 after looking back on history. Prior to this, the Japanese had invaded Manchuria in 1931 which is also considered part of the beginning of WW2 in the Pacific Theater.

If answering for a secondary education class, the “book answer” for when World War 2 started is when the Germans invaded Poland on

September 1st, 1939. For Poland, Great Britain, Canada, and France this was the start of the War. For those who resided in Czechoslovakia, WW 2 began in March of that year (1939) when Germany attacked the country. For the Chinese, the war began in 1931 with the Japanese occupation of Manchuria, although those in the west believed it to be a regional conflict at the time. Russia counts the start of World War 2 in June of 1941, while in the United States, active involvement in WW 2 begins with the Japanese attack on Pearl Harbor on December 7th, 1941. The first official declaration of war involving western countries was on September 3rd, 1939 when France and Great Britain declared war on Germany due to treaty obligations with Poland.

What Were the Causes of World War 2?

Although fairly complex in nature, some of the commonly agreed-upon causes of World War 2 were the Treaty of Versailles (WW I), the failure of the West’s appeasement policy with Germany, Hitler’s increasing embolden actions, and the failure of the League of Nations to prevent the conflict.

The Treaty of Versailles Outcome

In 1919 the leaders of England, France, Italy, and the United States met to determine how to force Germany to pay for the damages resulting from World War 1. Each of the leaders had significantly different goals for the outcome of the treaty. President Wilson of the United States desired a treaty based on his 14-point plan that he believed would result in peace in Europe while France wanted to punish Germany to ensure they could not start a war again. The British people wanted a similar outcome as France, while their leader sought to find compromise between the American and French stance during the discussions. The German leadership expected a treaty based on President Wilson’s 14 points, and were ultimately not happy with the terms dictated in the Treaty of Versailles. The salient points of the treaty were:

–          Germany was forced to pay approximately £6,600 million in reparations for damage caused by the war.

–          Land was taken away from Germany and given to others and union with Austria (Anschluss) was forbidden.

–          Germany was not allowed to have an air force, submarines, or tanks and only six navy ships and a small army were permitted. The Rhineland are also had to be de-militarized.

After the treaty was signed, the Germany populace was not happy with the terms and believed them to be too rough. In the 1920s, the German people and economy were suffering and could not afford the reparation payments. The price of basic goods and food significantly rose, and dissatisfaction with the government grew. This set the stage for Adolf Hitler to rise to power in the country.

The Rise of Adolf Hitler

Hitler rose to the position of Chancellor of Germany in January 1933.In 1934, he started to secretly build warships, create an air force, and increase the size of the army. Compulsory military service was also implemented. Although France and Great Britain became aware of his actions, they believed that a stronger Germany might help stop the spread of Communism to Western Europe. Further testing Western powers, Hitler sent German forces into the Rhineland in 1936; however, neither Great Britain or France was ready to start another war and did nothing to stop Hitler.

During 1936, Hitler created two alliances. The Rome-Berlin Axis Pact created an alliance between Mussolini (Italy) and Germany and the Anti-Comitern Pact with Japan allied the Germans with Japan. After these alliances were created, Hitler began to retake land previously taken from Germany after World War 1.

In March of 1938, Hitler sent German forces into Austria and forced a vote to be held to see if the Austrian people desired union with Germany. The vote was fixed (showing 99% of the people desiring Anschluss). Although the Austrian leader asked France and Great Britain for help, Hitler told the West that he did not desired further expansion and no further action was taken on the part of Britain and France.

Six months later, Hitler demanded to have the Sudetenland region of Czechoslovakia be given to Germany. Three times during September of 1938, Prime Minister Neville Chamberlain of Great Britain met with Hitler to reach terms to prevent another war. The result was the Munich Agreement that allowed Hitler to take the Sudetenland region of Czechoslovakia as long as

he promised not to take the rest of the country. This agreement lasted until March of 1939 when Germany invaded the remainder of the country. Again Britain and France did not respond to requests for assistance from the Czechoslovak government, they did state that military action would be taken if Hitler invaded Poland. The primary diplomatic thought was that Hitler would cease his aggression if faced with the prospects of war…the policy of appeasement formally failed with the resulting invasion of Poland by Germany on September 1st, 1939.

Why Did the League of Nations Fail?

The League of Nations was instituted in 1919 to help prevent a future World War. The primary intention was to have all countries join the League and to settle disputes through negotiation vice force. If negotiations were to fail, trade would be ceased with the aggressor country(ies), and only then would force be used. Ultimately the League of Nations failed in its primary purpose. Some of the common reasons of the League’s failure include: Not all nations joining the league, the League of Nations had no binding power over member nations, there was no army assigned to the League, and the League was unable to act quickly. Notably, the United States decided to not

join the League after President Wilson left office, the Russians were not invited due to fears associated with the rise of Communism, and the Germans were left out purposely as added punishment from World War 2.

Another question that commonly arises is when did World War 2 end? The answer rely lies in the context of the country of the person asking the question as it is not universally agreed upon by historians. The actual Peach Treaty with Japan was not signed until 1951 and with Germany in 1990! For the European Theater, V-E Day is considered the end of the war on May 8th, 1945 (Hitler committed suicide in April of 1945, while V-J Day (Japan armistice) occurred on August 14th, 1945, and the formal surrender of the Japanese occurred on September 2nd, 1945 after the United States dropped the atomic bomb on Hiroshima and Nagasaki on August 6th and 9th respectfully. As a result, in most texts the dates of World War 2 are listed as 1939 to 1945 (1941-1945 in Russia) with the Japanese invasion of China not being considered part of the world conflict until the attack on Pearl Harbor.

Winston Churchill and the Queen on VE Day

The following are some of the references used to create this article which the reader may find useful for conducting additional research into the origins of World War 2: