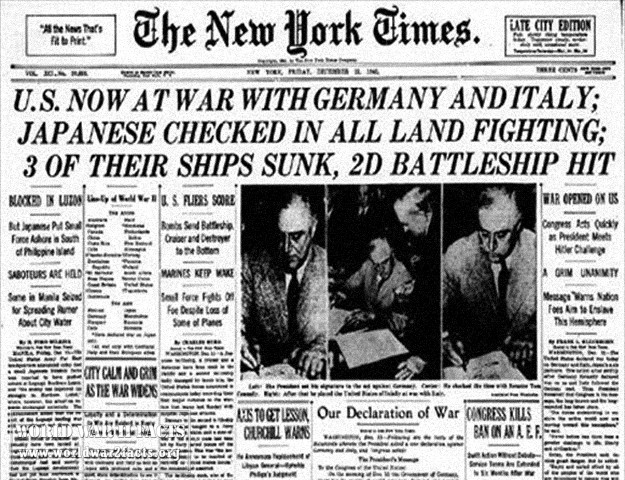 Text of the U.S. Declaration of War upon Germany

Seventy-Seventh Congress of the United States of America; At the First Session Begun and held at the City of Washington, on Friday, the third day of January, 1941.

(Signed) Sam Rayburn, Speaker of the House of Representatives