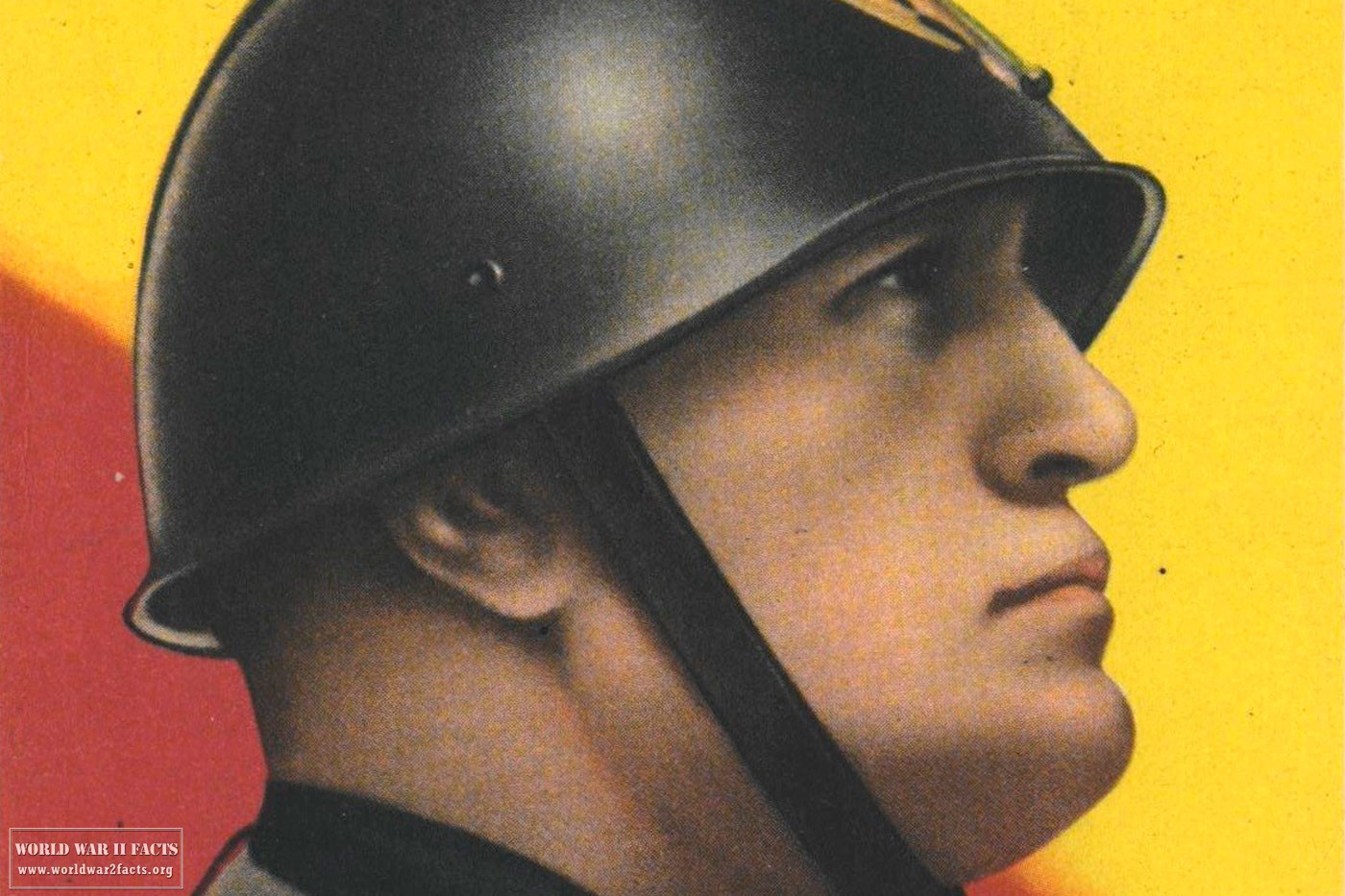 Benito Mussolini was born in Dovia di Predappio on July 29 1883. Mussolini’s father was a blacksmith and his mother was a Catholic schoolteacher. The Mussolini household was poor, something that Mussolini would use and exaggerate later on in life for sympathy. In his early years he was often considered a wild and uncontrollable child, he got expelled from multiple schools for attacking other kids. Later on in his life Mussolini worked as a teacher for a while, when he lost the job he moved to Switzerland.

Benito Mussolini as a Socialist

During his time in Switzerland, Mussolini started reading, writing and eventually speaking about socialism, he

soon got a reputation for being a charismatic speaker. His reputation grew when he got back to Italy in 1904. After trying being a teacher again for a short while he proceeded to army service and then back to his socialist writing. He was arrested for his views and again developed a reputation for himself, this time for being one of the most dominant, young Italian socialists. In 1912 he became an editor at Avanti, the official socialist periodical in Italy, thanks to him the readership doubled.

Being a socialist at the time Mussolini was against Italy’s entry into the First World War, his stance changed however when he thought about Marx’s idea that social revolution follows war. Soon after he started advocating the war and that lead to his departure from Avanti as well as his expulsion from the socialist party. He then started a paper with funding from a pro-war publisher, the paper was called “The People of Italy” and it was based on a strong nationalist, pro-Italy philosophy. When Italy started conscripting men Mussolini was among them, he apparently fought bravely until he got out of the war because of an injury in 1917.

By the time the First World War ended Mussolini was anti-socialist and was sure that the only way to solve Italy’s problems was through an autocracy, or more precisely a dictatorship, and he wanted that position for himself. He then formed a party that would support his goals, he wanted to appeal to the ambitions of former soldiers, republicans and other revolutionaries. Mussolini captured the public’s attention with his powerful speeches and journalism. His men were identified by their black clothes, which is also how they got their nickname “blackshirts”. Their numbers grew quickly and they started terrorizing socialists and even locals that weren’t supportive of their cause.

By 1921 Mussolini made a move to official power, his party was elected to parliament and joined a coalition. Soon after Mussolini threatened to march on Rome and seize power, the government that was already weak as it is, collapsed and the king of Italy, who was already fond of Mussolini, offered him the position of Prime Minister. Mussolini accepted.

Mussolini was the youngest Prime Minister in the history of Italy up to that point. He managed to secure dictatorial powers for a year and he used them to secure the position of his Fascist party in parliament. In 1924 he won the election, today it is believed that the only reason that he won is because Italians were desperate for a strong leader and wanted someone to fill that position, that someone was Mussolini. The king still had the official title of ruler but Italy was turned into a dictatorship, political opponents were crushed, even murdered, and free speech was greatly limited.

His propaganda machine portrayed Mussolini as the man that united Italy, that wasn’t the case. The only thing Mussolini showed skill in was uniting the different factions of his own fascists. His biggest success was actually creating an agreement between Italy and the Pope, through the Lateran Pact.

Mussolini didn’t just want a renewed and united Italy, he wanted an empire. The invasion of Ethiopia in 1935

was a success but this strained relations with Great Britain and France who at that point considered Mussolini to be in the same league as Adolf Hitler. Mussolini and Hitler would actually go on to create a new alliance, the Axis, and Italy, eager to acquire new territories, entered World War II in 1940.

Despite adopting German-style tactics Mussolini was never treated as an equal by Hitler. He wasn’t even consulted over decisions like invasion of the Soviet Union. This prompted Mussolini to act independently as well, he attacked Greece, his attempt failed though and Hitler’s forces had to save his. Mussolini was actually responsible for the Italian failures because the Italian army was both poorly equipped and had poor leadership. Mussolini quickly lost public support, his regime was collapsing and not long after his arrest was ordered.

After his arrest Mussolini was rescued from prison by German special forces, the Germans made him a figurehead of Salo, the Italian republic. As more of the allied forces arrived in Italy, pushing the German forces back, Mussolini was captured one day while he was traveling towards Austria. On April 28 1945, he was shot with his mistress and their bodies were publicly hanged upside down in Milan.