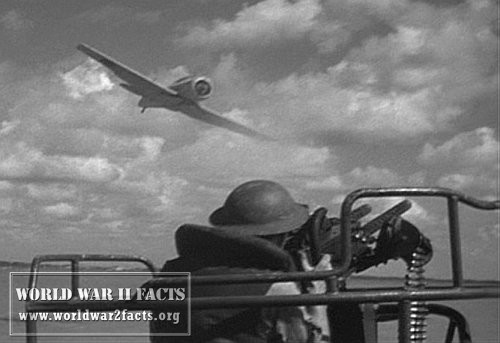 From landmark director John Ford comes the classic They Were Expendable, starring none other than John Wayne as Lt. “Rusty” Ryan.  One of the cool things about WWII movies is that there’s just so many of them, and as such, they had to drill down and focus on particular units or what-have-you in order to get things interesting.

In They Were Expendable, we get a good look at the beginnings of the Motor Torpedo Boat, basically a (very) small ship with four torpedo tubes mounted on the deck.  With the ability to get in and out of a situation very quickly, according to this film, they needed to prove their abilities before Navy brass would sign off on the idea.

They get to do just that, after running such dull and safe missions as messenger duty and shuttling officers to and from, when they are hit at the Phillipines by Japanese forces, things change.  Lt. Brickley (Robert Montgomery) finally gets his chance to show what they’re made of.

Interesting is the depiction of the MTB “fleet”,  as they move from location to location throughout the Pacific, taking on serious casualties and losses along the way.  The usual oh-so positive outlook on the war and the men just isn’t there.  Rather there’s always an air of despair and loss among them.

Even in the love story with nurse Sandy Davyss (Donna Reed).  Usually I’m not a big fan of injecting the “love story” angle into war films, but I have to make an exception here.  Its done with a certain frankness and solemness that you usually don’t see.  Especially in the final moments at Corregidor where Rusty tries desperately to reach her on the field phone.  I dunno, it just works here.  The “dinner party” is an especially interesting scene, as all in attendance realize quite obviously how silly and forced the whole thing is.

John Wayne is, well, himself.  Make no mistake, he’s at the top of his game here.  Donna Reed is excellent (especially in those soft-focus closeups!) along with Montgomery as the leader of the unit.  His portrayal of the atypical officer is top notch.  The rest of the guys here have to be given credit for pulling one off as well.  From the older guys to the young replacements.  Each play their role as if they’d been there.  And odds are they had in one way or another.

But the real stars are the ships themselves.  As the Army commandeers the last one for supply duty and hauls her away by land, you kind of feel a big loss, as much so if it were one of the squad.

They Were Expendable is a great tribute to PT boat crews everywhere, and in particular to the real life men on which it is based.  They Were Expendable not only referes to the men, but also the ships.  Be sure to check it out when you have the chance.