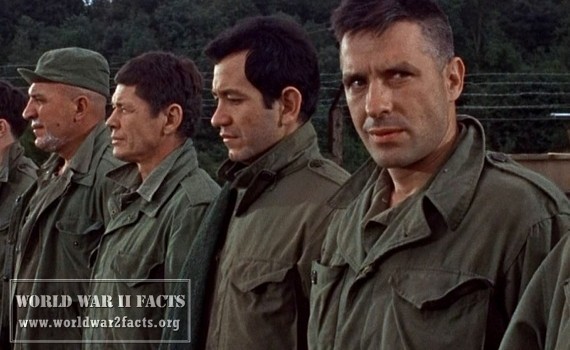 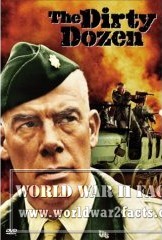 When you think of war movies, there are a few movies that should immediately pop into your mind. Tora, Tora, Tora. Saving Private Ryan. Platoon. And of course, The Dirty Dozen.

The story of twelve convicted death-row and long-term army misfit prisoners chosen to lead a covert operation behind enemy lines during the height of the war. Of course that exercise takes less than half of the movie. The fun part is getting there.

Half comedy and half action-flick, The Dirty Dozen delivers in just about every way possible. You’ve got Lee Marvin as the maverick officer leading this bunch. Donald Sutherland as the goofy-crazy one. Telly Savales as the psycho-scary one. Jim Brown as the big silent one. Charles Bronson as the smart one. I could go on but that’d get boring!

And that’s something you’re not going to be during this. There’s nary a dull moment. The between-action-moments are full of comedy relief. In particular the “visiting officer” scenes are hilarious, followed closely by the “war games” sequence.

It’s also proof that you can deliver a sound action picture without obnoxious amounts of swearing and graphic violence. Sure there’s lots of lives forfeited, mostly on the Axis side…(hey its a war movie fer cryin out loud!) But we get to feel the loss as not everyone makes it out alive. Which is equally important.

Sure it gets a little corny and 60’s-kitschy at times, but it doesn’t matter. Watch The Dirty Dozen. Again and again and again. And then go shave with cold water you pansies!