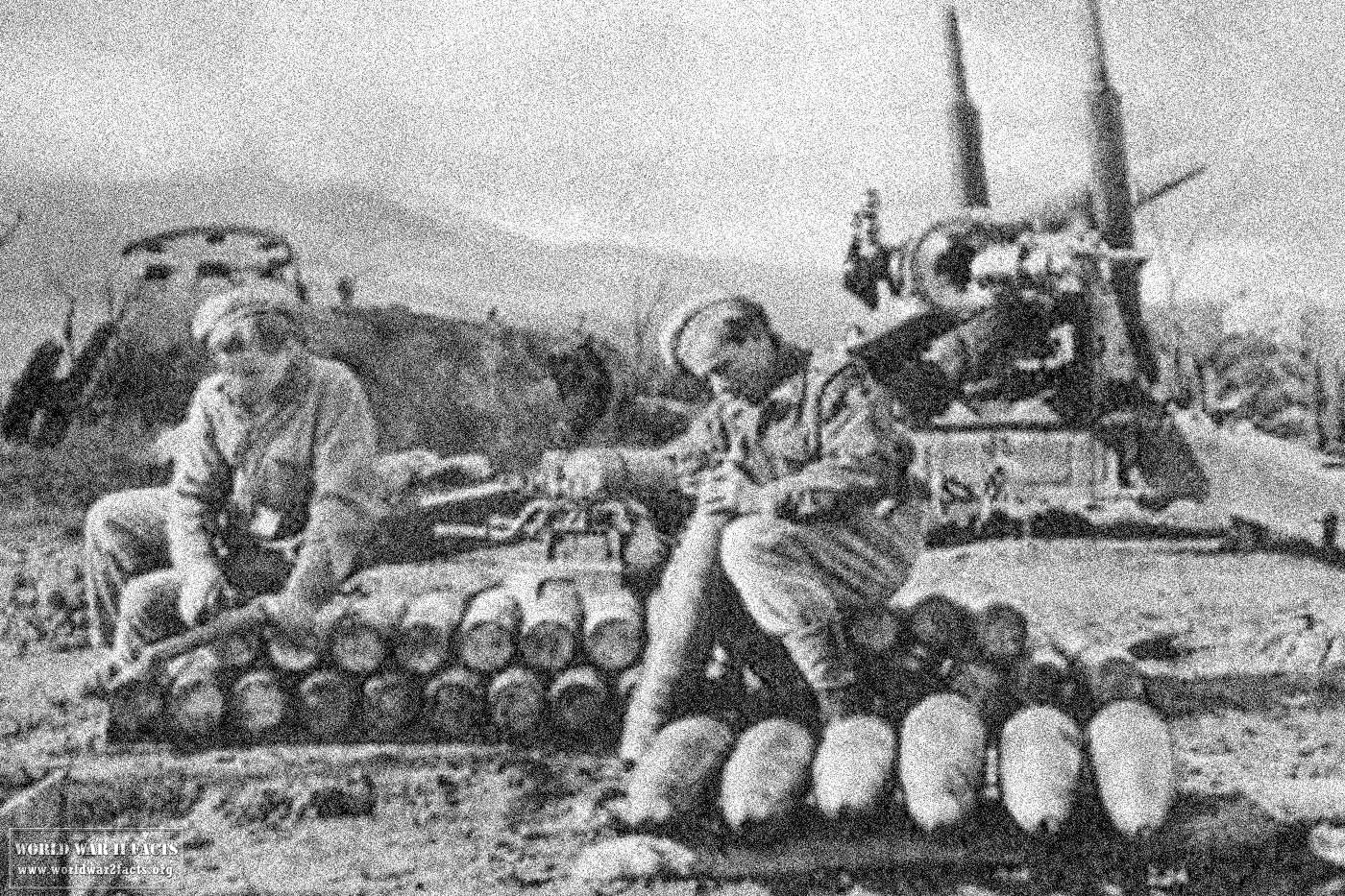 The Allies had come to a halt in their advance towards Rome, 100 miles on the south of Rome at the town of Cassino the Axis blocked their advance. Despite the Allies’ superior numbers the terrain and winter weather allowed the Germans to hold their ground. The Allies tried to break through three times in 1944 starting on January 17th, 144. Each time the Allies failed until the fourth try that occurred on May 11, 1944. The Battle of Monte Cassino concluded on May 18th, 1944.

Eight days into the battle the Allied forces attacked German defenses on the Italian front. As the battle grew longer their forces just increased and the Germans started withdrawing from various positions. When the Allies marched towards Cassino the Germans just left, without even a fight even though the city was a subject of many struggles in the months before. In the next few days Gaeta was surrendered as well and this was part of a larger German withdrawal from east to west. Because of the direction in which the enemy

forces retreated it was only logical that they would retreat to the north in the near future because of the layout of the valleys.

Battle after battle the Germans withdrew but for each battle won and each trench won there were more, a seemingly never-ending number of trenches and machine positions. Because of the positions that the Germans had their artillery was always laid out in such a way that they can fire very easily on the incoming enemy no matter what they’re trying to attack, the hills or the valleys the Germans can attack and take them out. Italy’s narrow roads also weren’t much help to the Allies, because of their width the Allies had to concentrate their tanks and other vehicles which led to having hundreds of tanks in a single valley and while that can be used to the Allies advantage because of the considerable strength available it also makes them a sitting duck for the German artillery.

But none of this stopped the Allies from advancing in the Battle of Monte Cassino. It is quite extraordinary how fierce these battles were when one considers that Germany was basically fighting at a disadvantage. The German forces were vastly outnumbered by the Allies and they still manage to put up more than a decent fight. The Germans had so little men in Italy because no one in their military leadership really considered that Italy would be the place that will require real forces or real operational decisions. The plan of the Allies was to attack with as many divisions as possible in the South, where German forces are generally weak, that way despite heavily losses of men and resources in the first weeks of the attack they will have the resolve to fight through and win the Battle of Monte Cassino.

It is in the character of war that the leadership needs to be cold-blooded and have nerves of steel to defeat a strong enemy. It is important to note that Cassino was an important place of battle for both sides of the conflict, but now that the enemy is approaching what do you do ?

Do you stand behind it with artillery and forces and thereby let your soldiers know that the Battle of Monte Cassino wasn’t for nothing, but that would be playing in the enemies hand, who wants you to desperately try to defend and lose the town or do you just order your troops to retreat and leave it open for the Allies to take. It was by all means a no win situation for the Germans. There was no way that they could hold the town and whatever else they do, it would have led them to lose the Battle of Monte Cassino one way or another.

The battle was won but it came at a high price for the Allies. They lost about 55, 000 people by the end of the battle. The Germans had around 20,000 killed and wounded by the end of the struggle. One interesting detail about the Battle of Monte Cassino is how everyone fighting for it perceived it. Monte Cassino had significant cultural importance because of the paintings, literature and other works of art located there. So before the war reached Monte Cassino German leadership decided to move these priceless treasures to a safer place. The town itself and its capture had a different meaning to everyone fighting in the battle. The Western Allies saw the monuments and it invoked the presence of God, country, sacrifice and freedom to them; the Poles saw it as a symbol of hope for their own country. The Germans however had a completely different view on it, for them Monte Cassino was a representation of the courage their soldiers had facing the Allies who were superior in material strength, meaning numbers and firepower.