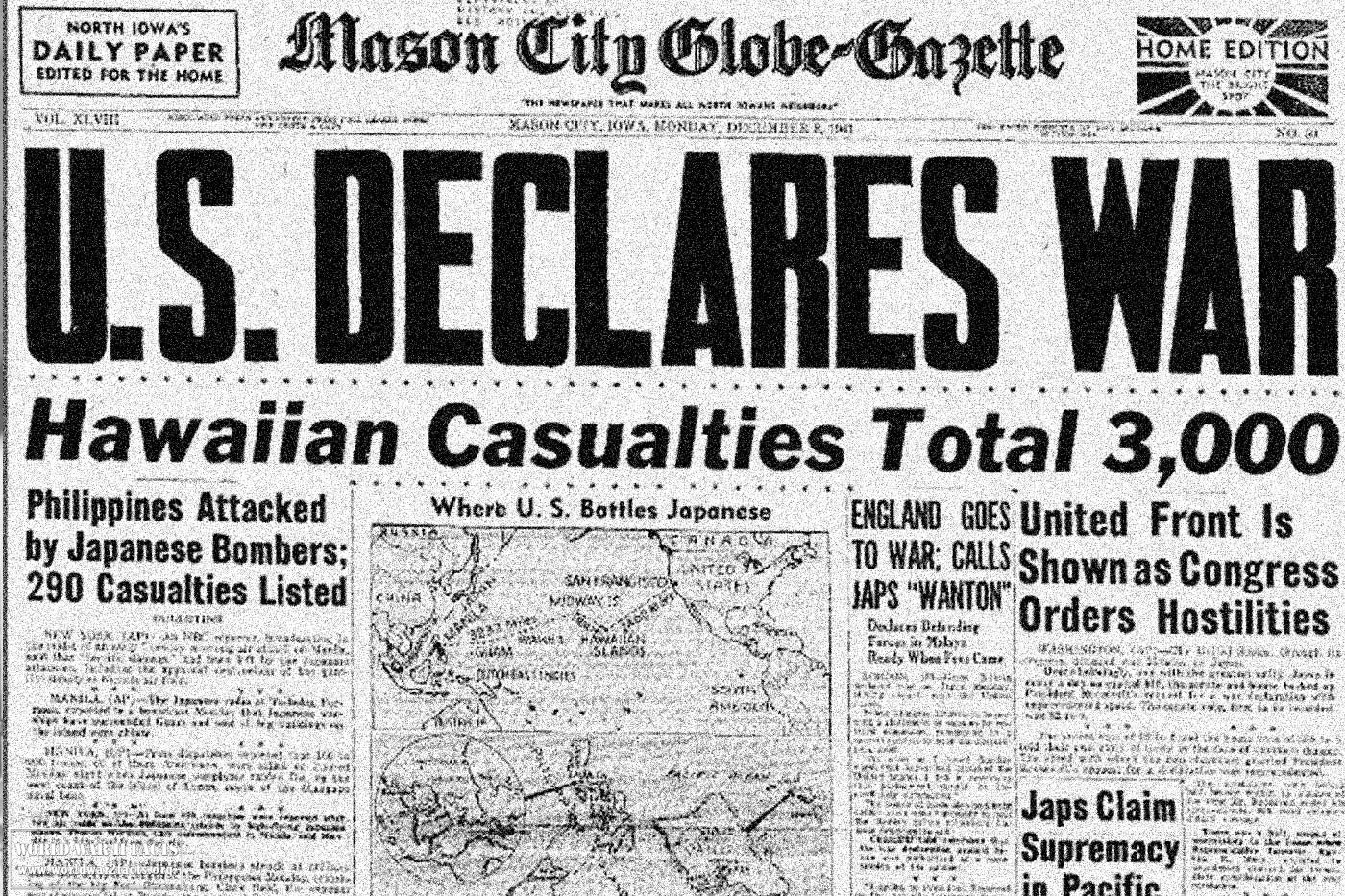 After the attack on Pearl Harbor on December 7th, 1941, the United States Congress declared war upon the Empire of Japan on December 8th, 1941. The declaration was created and voted upon just one hour after U.S. President, Franklin D. Roosevelt, delivered his now famous “Day of Infamy” speech. During the speech, the President formally requested the declaration addressed to a joint session of the U.S. congress at 12:30 PM on December 8th.

The declaration of war was shortly brought to a vote where it passed in the Senate on an 82 to 0 vote in favor, and 388 to 1 in the U.S.

Text of the U.S. Declaration of War upon Japan

JOINT RESOLUTION Declaring that a state of war exists between the Imperial Government of Japan and the Government and the people of the United States and making provisions to prosecute the same.

Whereas the Imperial Government of Japan has committed unprovoked acts of war against the Government and the people of the United States of America:

Video of the U.S. Declaration of War upon Japan

Annotated Draft of the “Day of Infamy” Speech: Joint Address to Congress Leading to a Declaration of War Against Japan, U.S. National Archives, last accessed on March 24th, 2013.