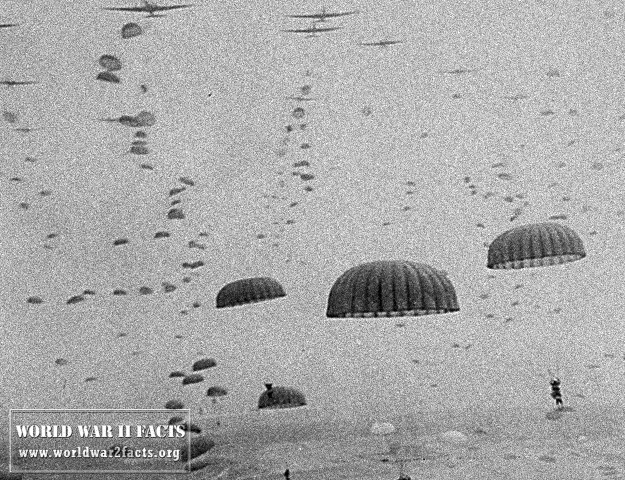 Operation Market Garden was an Allied operation during the Second World War that lasted from the 17th to the 25th September 1944. It was aimed against the Netherlands and Germany and at that point was the largest airborne operation ever put together. During the operation, more resistance was encountered than originally forecast, and the Allies failed to accomplish the objectives laid out in the operation (to cross the Rhine river) until March 1945.

What was the Purpose of Operation Market Garden?

Montgomery wanted to force his way into Germany over the Rhine and to do that he had to circumvent the Siegfried Line and get control over bridges across the Maas and get control of some smaller canals. If the Allies could cross the Rhine they could surround the industrial heart of Germany and in doing so, severely weaken the German war machine. Wars are won by technology, this has been proven by every war since WWI, who wields the superior technology can win a battle or even an entire war despite being outnumbered.

In it’s first phase Operation Market Garden seemed like a success, the Allies gained control of several bridges that were located between Eindhoven and Nijmegen but the advance soon came to a halt because of the overstretching of the supply line as well as the demolition of the Wilhelmina Canal bridge. The British 1st Airborne Division also encountered resistance which was far stronger than anticipated. From that battle only a few units succeeded in holding one part of the Arnhem bridge and with no support reaching them in time they were overrun by 21 September. The rest of the troops, by then trapped on the west side of the bridge were evacuated on 25 September. The Allies at this point failed to cross the Rhine in significant numbers and the river stayed a barrier until March 1945.

radios weren’t working and because of that it was impossible to properly co-ordinate this attack. Surprisingly one of the battalions found a way to Arnhem through the German perimeter and sure enough on the first day they captured the northern part of a bridge that lead across the Rhine. At this point the Americans also made their way to their objectives but before they had a chance to capture them the bridges were destroyed.

The survivors of the crossing made it onto the far banks and from there stormed Nijmegen bridge. Finally the route to Arnhem was controlled by the Allies. By this point it was too late for the British troops at the north side of the bridge. The Germans moved their tanks into the town and destroyed the houses where the British were hiding.

The Allies had to abandon their positions at the bridge and fight their way out. By now the Germans had control of the river and it was decided that the British survivors should be evacuated but only 2, 500 survived the crossing. Operation Market Garden was a complete failure and it would take another four months until the Allies would cross the Rhine and capture the heartland of the German industry.