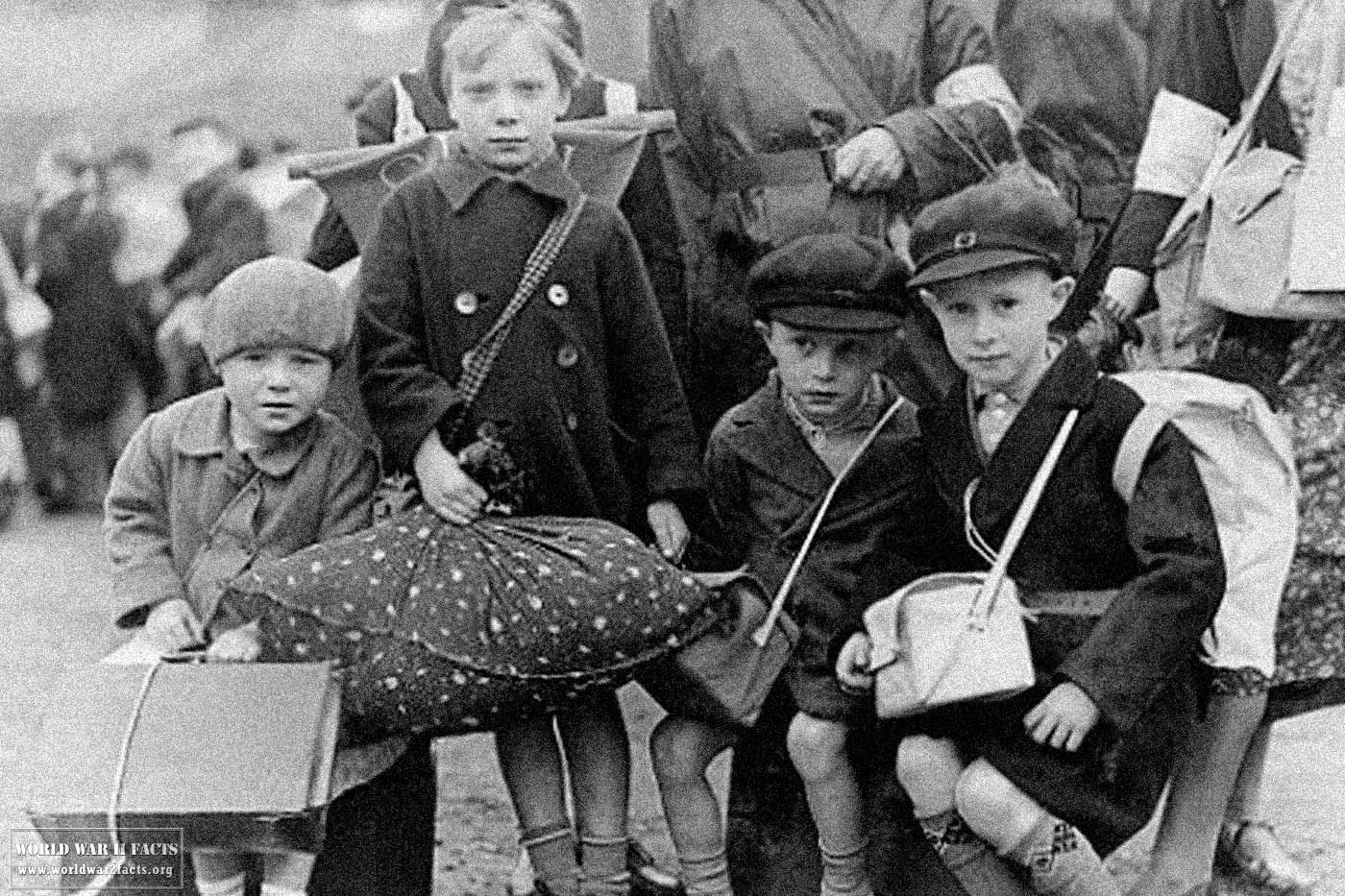 Sitting suitcases, and one girl standing, these children wait nervously to find out who will take them in. (c)Alamy

World War 2 was the deadliest conflict in modern history. The majority of the developed world was involved in the conflict to some degree, with close to 2 billion people being involved in the conflict and more than 24 million killed on both sides. The following World War 2 facts for kids can be used to help introduce the conflict which has shaped the world we know today. Although all of the facts are not fun or deal with, they are intended to help the teacher or parent help introduce World War 2 to the children of today. 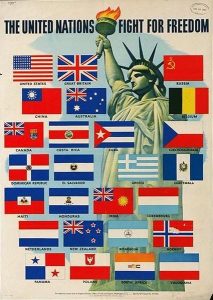 2 – The United States became actively involved in the war after the sneak attack on Pearl Harbor on December 7th, 1941 by the Japanese.

3 – The war was fought between the Axis Powers led by Germany and the Allies led by Great Britian, United States, and joining them in 1941, the U.S.S.R.

7 – One of the major causes of World War 2 was that the League of Nations which was created after World War 1 was unable to intervene diplomatically to prevent the onset of the war combined with the naked aggression of Hitler-let Germany.

8 – The primary leaders of the Allied Powers during World War 2 were Franklin D. Roosevelt, Winston Churchill, and Joseph Stallin.

9 – The primary leaders of the Axis League were Adolf Hitler, Benito Mussolini, and Emperor Hirohito.

10 – Most estimates place the total number of deaths during World War 2 at 60 million people. 20 million of these were military and the remainder civilians. Many deaths were not officially recorded during the war.

11 – The Holocaust saw approximately six million Jews killed along with an additional five million Slas, Roma, and other ethnic and minority groups. In China, approximately 7.5 million civilians died during the Japanese occupation.

12 – Germany surrendered to the Allies on May 8th, 1945 which is referred to as VE Day or Victory in Europe Day.

13 – Atomic bombs were dropped on Niroshima and Nagasaki, Japan on August 6th and 9th, 1945 respectfully at the order of U.S. President Harry Truman.

14 – Japan surrenders to the Allies on August 15th, 1945 which becomes known as V-J Day or Victory in Japan Day. *Note, the United States celebrates V-J Day on September 2nd when the Japanese surrender was officially signed

If you’re looking for a comprehensive timeline of the events of World War 2, then checkout: World War 2 Timeline

Information on how the war started: When Did World War 2 Start?