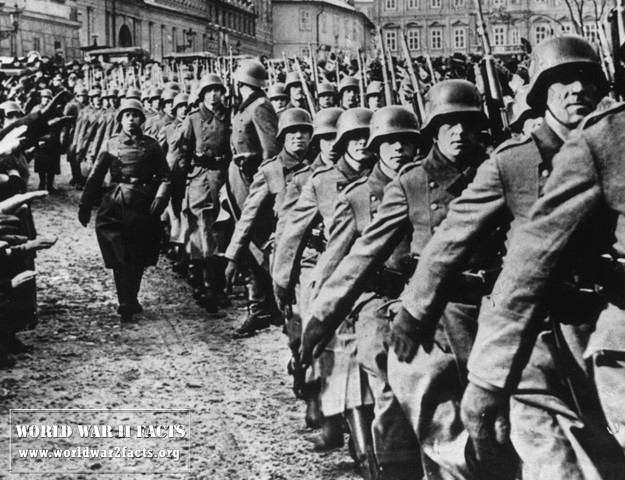 World War 2 (WWII) was the Second World War of the 20th Century, but more so than the first, was truly a global war in nature. The generally acknowledged dates of the War by Western countries ranges from 1939 through 1945; however, the more progressive view includes the start of the war when Japan invaded China earlier in the 1930s. World War 2 involved the majority of the countries in the world to include all major powers which formed two predominant alliances throughout the war: the Axis and the Allies. During the war, there were more than 30 countries with greater than 100 million personnel who served in uniform from the various World War 2 countries. Each of the participants entered into a “Total War” during the conflict devoting the totality of their civilian and military resources to the efforts. By the end of WW2, the world would see between 50 and 85 million deaths making the conflict the most deadly in modern history.

The Allies in WW2 were the nations that were opposed to Adolf Hitler and the Axis Powers during the war. In 1939, the coalition of countries that formed this group consisted of Poland, France, and the United Kingdom. The British Commonwealth (Canada, Australia, New Zealand, South Africa, and Newfoundland) joined the Allies soon after the outbreak of war. In mid-1941, the Soviet Union joined the group after Operation Barbarossa and the United States would join after the attack on Pearl Harbor. By 1942, the United States, Soviet Union, and Great Britain would control the policies and major resource allocation of the Allies. Using alliance as a means to try and stop all wars of aggression, additional Allies would join the group throughout the war and ultimately help create the United Nations in 1945.

The Axis Powers were the nations who found the Allies and other countries during World War 2. The Alliance started to form as early as 1936 when Italy, Germany, and Japan started to sign treaties with each other and in 1939 turned into a military alliance referred to as the “Rome-Berlin Axis.” The next year, 1940, saw the Tripartite Pact signed that set the military goals for the alliance. Once World War 2 ended in 1945, the Axis alliance was no more.

Who were the Co-Signers of the Tripartite Treaty?

Countries that Were Formerly at War with the Axis Prior to WW2.

WW2 Countries that Were Occupied, Attacked, or Switched Sides During WW2