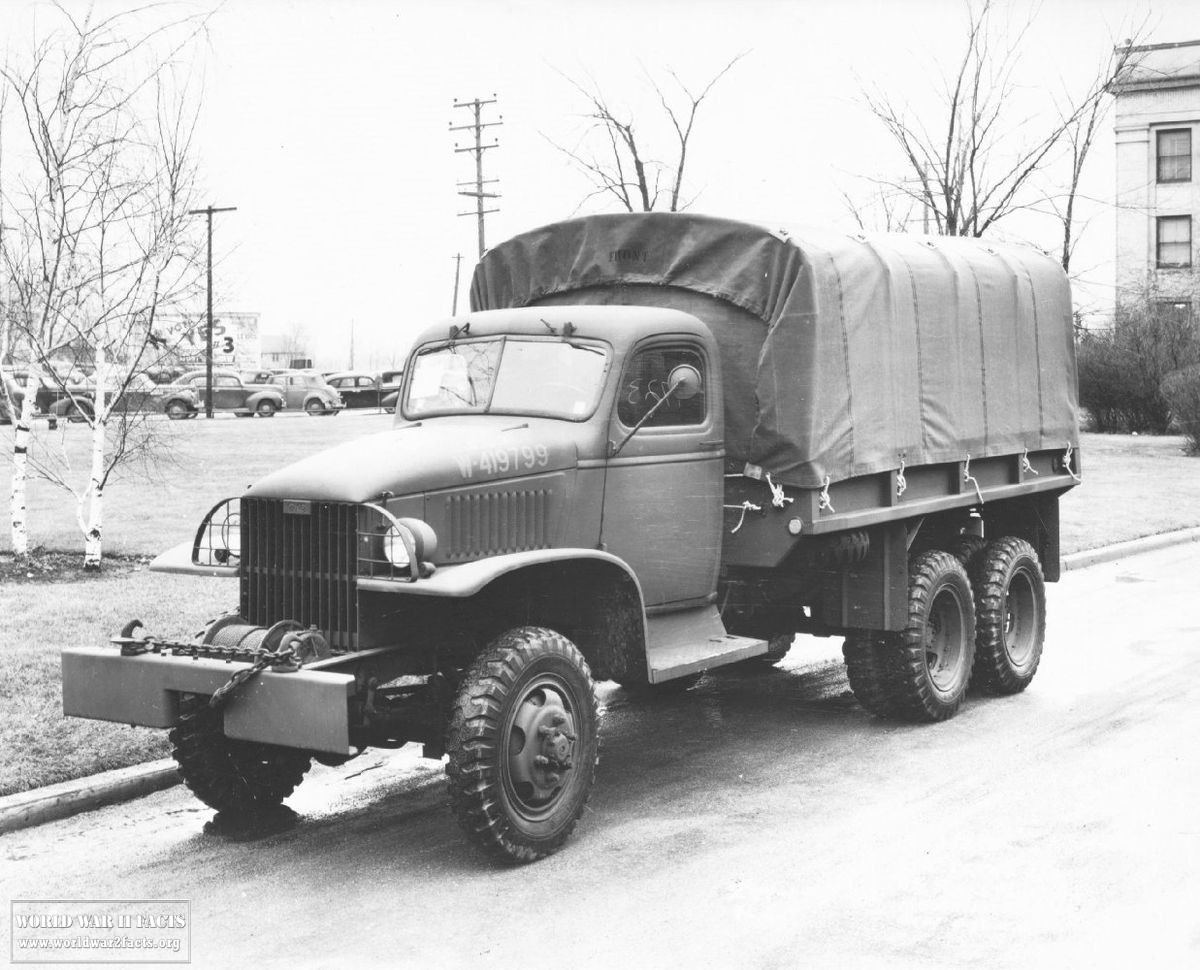 Commonly called the Deuce and a Half the GMC 2 1/2 ton truck was the backbone of the US Army’s supply convoys during WW2. Derived from pre-war truck models produced by General Motors, the 2 1/2 ton truck entered service in early 1941, GMC building some 560,000 versions of the 66 truck, with more than 200,000 copies build by other contractors being provided via lend-lease. All told, Allied armies and their supplies could not have marched to victory without the millions of tons of supplies that Jimmies and truck like them hauled to the front, making these truck and their drivers of all colors and nationalities unsung heroes of the war.

The Deuce and a Half was initially built with an enclosed cab, differing little from GMCs civilian product line in that class. The truck used a great deal of standard, easily manufactured components, as was the case with most of the vehicles the US military purchased during the war. Even so, certain simplifications in the design were implemented from 1942 into 1943, with the original cab design being replaced by a simplified canvas top design, other changes including the substitution of wood in the truck bed when possible. The basic truck frame was used for tanker trucks, fire engines, dump trucks, wreckers, HQ vehicles, workshops, and a plethora of other uses in addition to the standard cargo hauler variant. Additional early variants were built without the powered front axle until it was deemed easier and more cost effective to standardize the 66 version for all services and needs.

The 2 1/2 truck gained legendary status with the Red Ball Express, a bumper to bumper convoy service that was constantly ferrying supplies across France in the summer and fall of 1944. The Allied forces were living off of a shoestring, so stretched were their supply lines as they left the small Norman ports behind and charged across France and reached the German border. These convoys, commonly using African American drivers, delivered the supplies around the clock until the capture and reopening of Antwerp, Belgium before winter, relieved the supply issue.

Even then, the  Deuce and a half was pressed into service to rush units like the 101st Airborne, 82nd Airborne, and other units to the front in the early part of the Battle of the Bulge, giving these units a mobility beyond anything the Germans could provide, so horse reliant were the Axis powers. The 101st seized the road junction town of Bastogne just as the Panzers began to encircle it, the 82nd holding key bridges and crossroads on the northern shoulder of the Bulge, influencing the tide of battle in the Allies favor. Thousands of 2 1/2 ton trucks can be found in operating condition in museums and private collections, a testament to their longevity and the crucial mission capacity that they filled, allowing the Allied powers to win the war behind the lines.