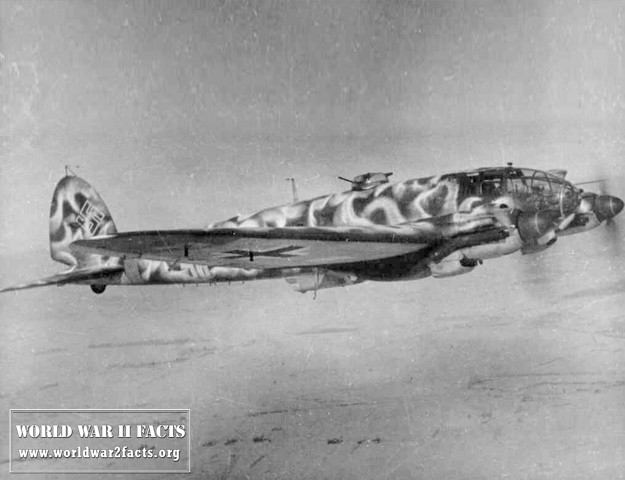 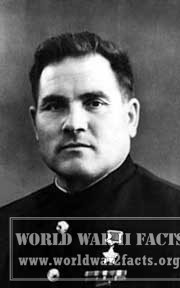 {translated from Russian} In the most improbable scenario, Heinkel 111H-22 played a role in the savior and destiny of the Soviet pilot,  Mikhail Devjataeva.

The commander of a wing of 104-th Guards Fighters Squadron (9-th Guards Fighters aviation division, 2-nd air army, 1-st Ukrainian front) guards the senior lieutenant Devjataev Michael Petrovich in air fights brought down 9 enemy planes. In the evening of July, 13th, 1944 he took off in the structure of the group of fighters “Aerocobra” P-39 on reflection of a strike Honorable enemy aircraft. In unequal air combat in the area of Lvov he was wounded in the right leg, and his plane was burned. At the last minute, he has ejected from the falling fighter with a parachute. With heavy injuries,  he was captured.

At the end of October 1944, he was in a group of 1500 prisoners sent to camp on the island of Uzedom where there was a prisoner range called Penemjunde, which was used for rocket weapon testing.  Since the range was secret, for the prisoners of the concentration camp there was only one exit – through a pipe of a crematorium.

On February, 8th, 1945, Devjataev together with other prisoners: Ivan Krivonogovym, Vladimir Sokolovym, Vladimir Nemchenko, Feodor Adamovym, Ivan Olejnikom, Michael Emetsom, Peter Kuterginym, Nikolay Urbanovichem and Dmitry Serdjukovym, having killed the escort, stole the  Не-111Н-22 and flew through the front line. They made landing to the south of settlement Gollin in an arrangement of an artillery part of 61-st army.

The variant with Jumo-213Е received designation Hе.111H-21. The variant with new engines began to act on arms at the end of summer 1944 With them the plane without bombs accelerated momentum up to 475 km/h.

In Penemjunde tests on start with Hе.111H rockets “Fisiler,” (FZG-76) were spent. Plans of continuation of operation “Rumpelkammer” – bombardments of England by rockets now have been connected with Hе.111 as ground launchers have been lost during strikes of allies before the opening of the Second front. By this time manufacture Hе.111H quickly slid downwards. Some H-21 already on an assembly line have been altered in carriers, having received holders either under the left or the right wing between the engine and a fuselage. The plane has received designation Hе.111H-22.

The Security Committee didn’t believe that prisoners of a concentration camp could steal the plane. Fugitives have subjected to rigid check, then have sent in penal battalions. In November, 1945 Devjataev was transferred to the reserve. For 12 years no one trusted him. The position has only recently changed, after 50 years.

On August, 15th, 1957 M.P.Devjataevu was given the rank of the Hero of Soviet Union. The Honorable citizen of Republic Mordovia, cities of Kazan (Russia), Volgasta and Cinovichi (Germany). A museum in honor of the Hero is now open In Torbeevo.

He died on November, 24th, 2002 and is buried on the Avenue of Heroes of  Arskoe cemetery of Kazan.