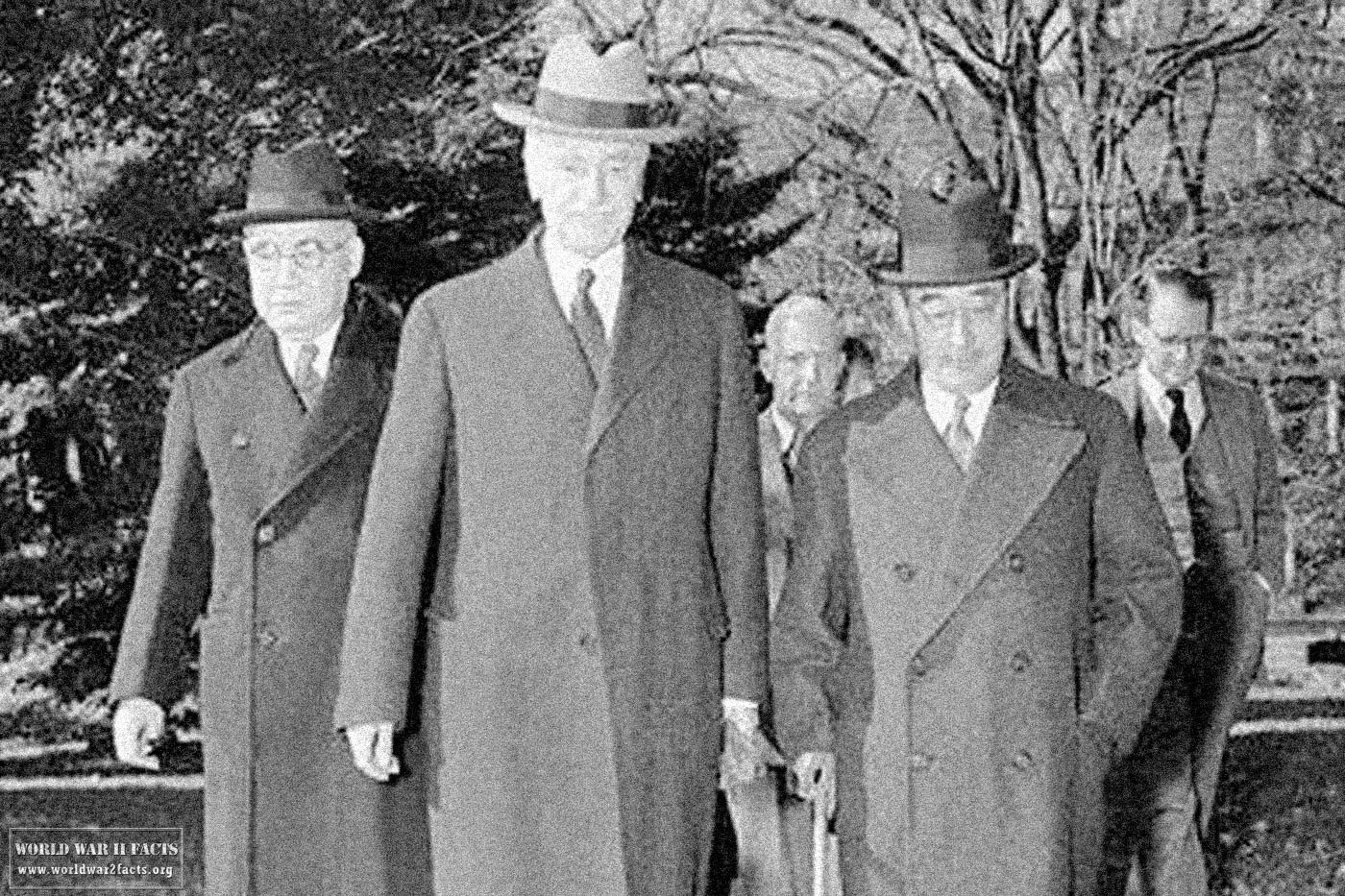 The final peace negotiation between the US and Japan was sent in November 1941 by Secretary of State Cordell Hull.

The Hull Note Text and Transcription

The text of the document handed by the Secretary of State to the Japanese Ambassador on November 26, 1941, which consists of two parts, one an oral statement and one an outline of a proposed basis for agreement between the United States and Japan, reads as follows:

It is believed that in our discussions some progress has been made in reference to the general principles which constitute the basis of a peaceful settlement covering the entire Pacific area. Recently the Japanese Ambassador has stated that the Japanese Government is desirous of continuing the conversations directed toward a comprehensive and peaceful settlement of the Pacific area; that it would be helpful toward creating an atmosphere favorable to the successful outcome of the conversations if a temporary modus vivendi could be agreed upon to be in effect while the conversations looking to peaceful settlement in the Pacific were continuing. On November 20 the Japanese Ambassador communicated to the Secretary of State proposals in regard to temporary measure to be taken respectively by the Government of Japan and by the Government of the United States, which measures are understood to have been designed to accomplish the purposes above indicated.

The Government of the United States most earnestly desires to contribute to the promotion and maintenance of peace and stability in the Pacific area, and to afford every opportunity for the continuance of discussion with the Japanese Government directed toward working out a broad-gauge program of peace throughout the Pacific area. The proposals which were presented by the Japanese Ambassador on November 20 contain some features which, in the opinion of this Government, conflict with the fundamental principles which form a part of the general settlement under consideration and to which each Government has declared that it is committed. The Government of the United States believes that the adoption of such proposals would not be likely to contribute to the ultimate objectives of ensuring peace under law, order and justice in the Pacific area, and it suggests that further effort be made to resolve our divergences of view in regard to the practical application of the fundamental principles already mentioned.

With this object in view the Government of the United States offers for the consideration of the Japanese Government a plan of a broad but simple settlement covering the entire Pacific area as one practical exemplification of a program which this Government envisages as something to be worked out during our further conversations.

The plan therein suggested represents an effort to bridge the gap between our draft of June 21, 1941 and the Japanese draft of September 25 by making a new approach to the essential problems underlying a comprehensive Pacific settlement. This plan contains provisions dealing with the practical application of the fundamental principles which we have agreed in our conversations constitute the only sound basis for worthwhile international relations. We hope that in this way progress toward reaching a meeting of minds between our two Governments may be expedited.

The Government of the United States and the Government of Japan both being solicitous for the peace of the Pacific affirm that their national policies are directed toward lasting and extensive peace throughout the Pacific area, that they have no territorial designs in that area, that they have no intention of threatening other countries or of using military force aggressively against any neighboring nation, and that, accordingly, in their national policies they will actively support and give practical application to the following fundamental principles upon which their relations with each other and with all other governments are based:

The Government of Japan and the Government of the United States have agreed that toward eliminating chronic political instability, preventing recurrent economic collapse, and providing a basis for peace, they will actively support and practically apply the following principles in their economic relations with each other and with other nations and peoples: