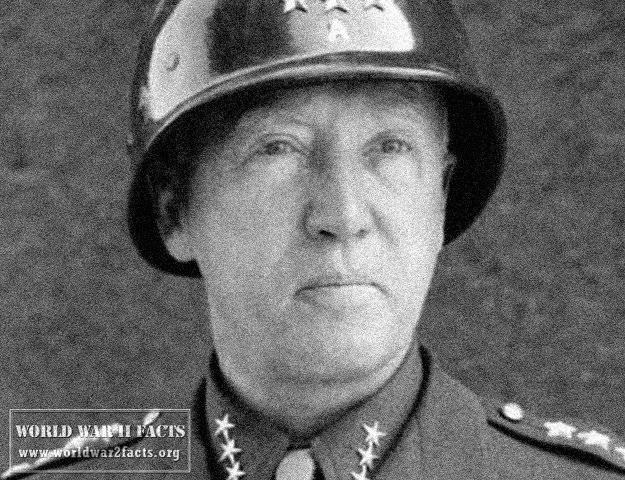 George S. Patton, Jr. born on November 11, 1885 in San Gabriel, California, U.S.A. is considered to have been one of the best and most successful combat generals in the history of the United States. In World War Two, Patton was a major contributor to the Allied victory during the invasion of Sicily as well the liberation of Germany from Adolf Hitler’s Nazi government. He died in Heidelberg, Germany on December 21, 1945.

The Early Beginnings of Patton’s Life

From early on George Patton knew that he wanted to be a part of the military. As a young boy he was inspired by the many stories of his ancestors and their victories in the American Revolution and the Civil War. Wishing to continue the tradition in 1904 he enrolled in Virginia Military Institute. The next year he went to the West Point Military Academy and graduated in

In 1913 he was assigned the post of Master of the Sword at the Mounted Service School, there he taught swordsmanship and attended as a student. Despite being a capable fencer he was known to be accident prone, some attribute his later trademark temper and cursing to a skull injury he received in his 20s.

George S. Patton Jr. got his first battle experience while leading cavalry patrols in 1915 near the Mexican border. The next year he was chosen to help the commander of the American Expeditionary Forces, John J. Pershing with his duties in Mexico. On that assignment, Patton shot the Mexican leader Julio Cardenas at the Battle of Columbus. Impressed, Pershing promoted Patton to the rank of captain.

During WWI, Patton was the first officer of the U.S. Tank Corps. During the Battle of Cambrai in France, Patton proved to be one of the foremost experts in tank warfare. For his heroism and strategy skills, he earned the Distinguished Service Cross. During that battle, he was in charge of maneuvering around 350 tanks at the front lines and also received a bullet in his leg.

While George S. Patton Jr. had a distinguished career up to this point, WWII would be remembered as the high point of his career. In 1943 his defense and attack strategies allowed the 7th U.S. army to come out of the invasion of Sicily victorious. In 1944, during D-Day, the Allied Invasion of Normandy, Patton received the command of the 3rd U.S. Army from President Eisenhower. During his time in France his forces swept from town to time, winning battle after battle with a ruthless drive.

In 1945, Patton lead his army to cross the Rhine and went straight for the heart of Germany. They managed to capture a total of 10,000 miles of territory in 10 days. While doing so they liberated Germany from Nazi rule.

George S. Patton Jr. died as a result of a car crash in which he broke his neck in 1945, near Mannheim, Germany. He spent the next 12 days after the crash in a hospital in Heidelberg. He died on December 21, 1945. Two years later his memoir, War as I Knew It, was published. General Patton’s grave can be found today at the American Cemetery and Memorial in Luxembourg beside many of his former soldiers who passed away during the Battle of the Bulge.