At the start of World War II no one in the Nazi government believed that they would lose the war but according to many sources by fall of 1944 a number of Nazi officials gathered to discuss a secret plan that had the goal of keeping the Nazi regime afloat. At a meeting that was held in Hohenlychen, Himmler discussed the formation of an army division named Werewolf. Hans-Adolf Prützmann was appointed as the leader of this organization and was responsible for recruiting and training the future Werewolf agents. Plans for the Werwolf Kommandos Once they were trained in sabotage and similar skills these Werwolf Kommandos would be sent behind enemy lines acting as guerrillas. Their main goal would be to sabotage the occupiers and retrieve any intelligence they gathered back to the Nazi army, which would supposedly be acting on un-occupied territory. Once training began the future agents were instructed in use of small-arms, demolition skills, survival and radio-communications. 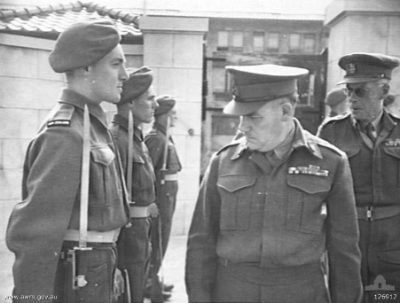 When studying World War 2, a common question that arises is what exactly each army group or unit name means?