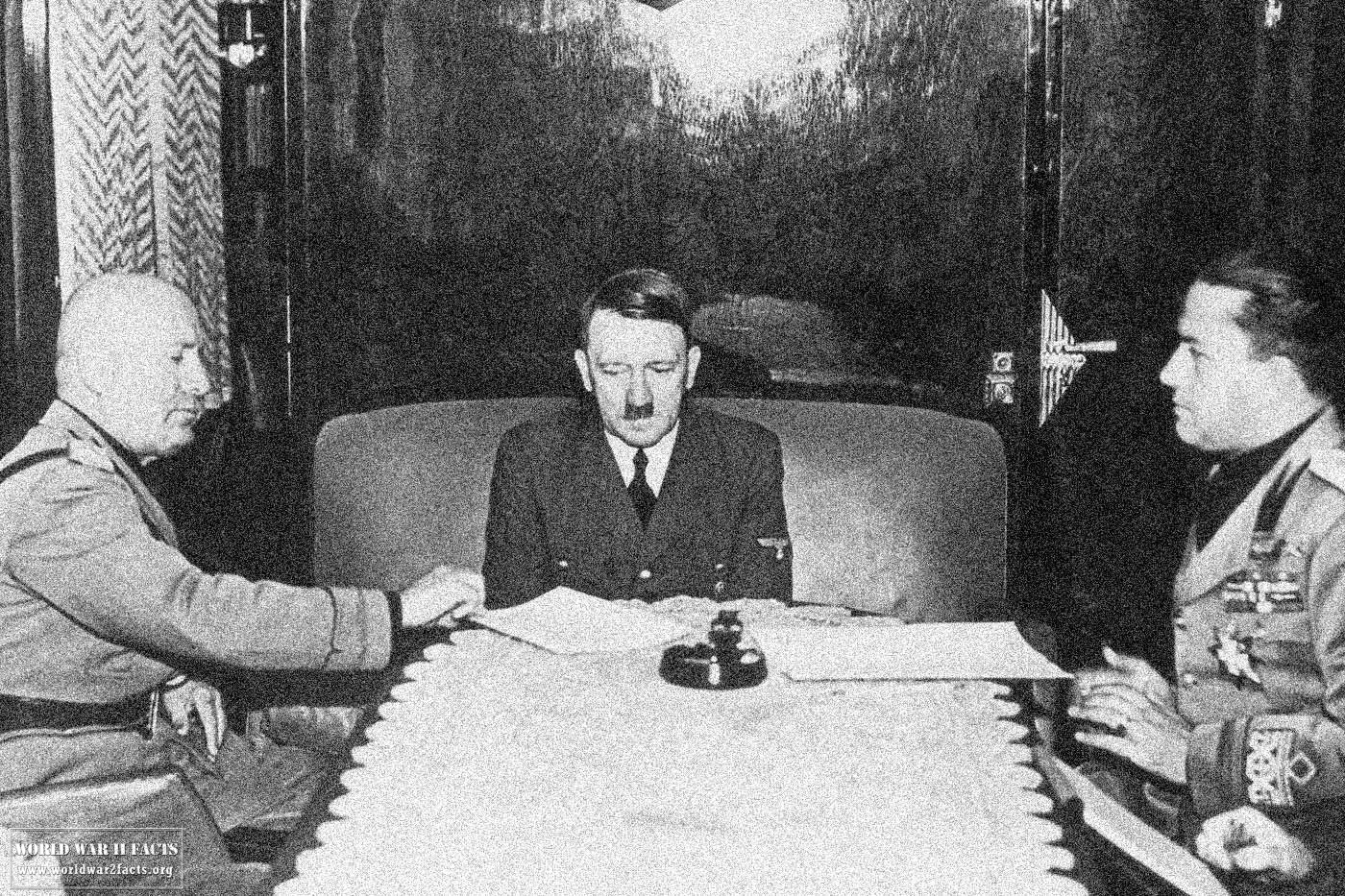 The Axis Powers were the countries that fought against the Allies in World War II. The alliance had its start in 1936 when treaties were signed between Germany, Italy and Japan. In 1939 the so called “Rome-Berlin Axis” turned into a military alliance and in 1940 with the Tripartite Pact they set their military aims. At their height during World War II the Axis powers had an enormous empire that controlled vast parts of Europe, East and Southeastern Asia and Africa. The war ended in 1945, the Axis lost not only the war but their alliance was gone as well. Membership in the alliance changed, much like the alliance of the Allies, during the war with some countries entering the alliance and some leaving.

Who Were the Major Alliances in World War 2?

The two biggest forces in World War II were two groups, the Axis and the Allies. The Axis Powers consisted of Germany, Italy and Japan. In their vision Germany ruled over Europe, Italy over the Mediterranean Sea and Japan over the Pacific and East Asia.

Unlike the Allies the Axis powers never organized institutions for foreign or military policy, but they did have common

interests. The first interest was territorial expansion and the creation of empires by conquering other countries. Their second common goal was the destruction of Soviet communism.

How Did the Axis Powers Form?

On November 1, 1936 Germany and Italy announced the Rome-Berlin Axis that would compliment the treaty they had signed one week before. A month after this Germany signed an Comintern Pact with Imperial Japan and Italy joined that pact on November 6. On September 27, 1940 the three countries signed the Tripartite Pact, the keystone for the Axis alliance.

Even before they signed the Tripartite Pact, Germany and Japan started provoking war. Japan invaded China, an act that would start the Pacific war and Germany invaded Poland which would lead to the start of World War II. Italy joined it’s fellow pact members on the Axis side when it entered World War II on June 10, 1940.

In July 1940 after the German victory over France it was also decided that Germany would attack the Soviet Union as well. For such a colossal operation Germany needed raw materials, transit rights and more allies. To secure all of these Germany started pressuring other European states into joining the Axis powers, Germany offered support to Slovakia, Romania and other countries to persuade them to join the Axis.

Germany was also concerned about Italy’s failure to conquer Greece because they needed a flank in the Balkans. To make matters worse for the Axis powers, because of the success Greece had the British also formed a front in the Balkans, this could

also have led to Greece interfering with Romania’s oil fields which the Germans needed for their invasion plans. To get rid of the British from the mainland Germany needed a route through Yugoslavia and Bulgaria.

The Japanese attack on Pearl Harbor led to Germany’s declaration of war on the United States, other European Axis powers quickly followed and the Atlantic and Pacific wars became part of World War II.

A number of countries would fight alongside the Axis Powers during World War 2; however, they would not be signatories of the Tripartite Pact for a number of reasons. As a result, these countries would not be considered formal members of the Axis. These countries included: Thailand, Finland, San Marino, and Iraq. The co-belligerents differed from the German and Japanese “Puppet States” in that they generally had autonomy over national decisions.

The End of the Axis Powers

The Allies, which mainly consisted of the United States, the Soviet Union and Great Britain won the Second World War and defeated the Axis. Italy gave up first, six weeks after the Fascist Party removed Benito Mussolini from power. After an overthrow Romania changed sides as well. Bulgaria surrendered on September 8, 1944 when the communist Fatherland Front took the government of Bulgaria.

Croatia was mostly liberated by Tito’s Partisans, a Yugoslav force which drove out the Ustasa which controlled the Independent State of Croatia.

Seven days after Hitler’s suicide, on May 7, 1945, Germany surrendered unconditionally to the Allies. The last country remaining in the Axis powers was Japan, finally surrendering on September 2, 1945.