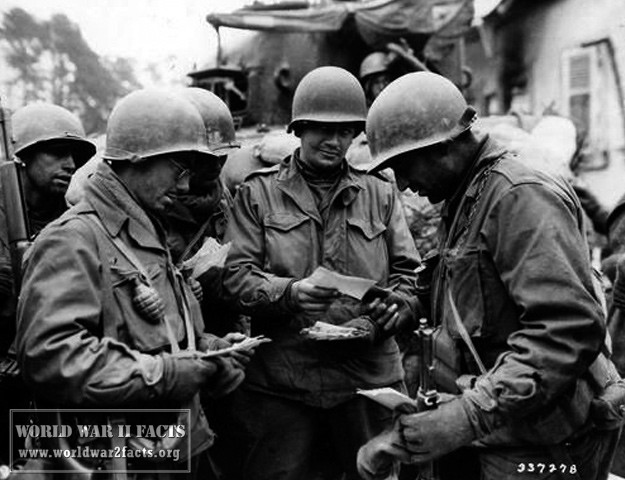 GI's of the 70th Infantry Division receive mail from home. Near Saarbrücken, Germany,

The US Army’s 70th Infantry Division was one of the high numbered divisions activated in June of 1943, at Camp Adair Oregon. The division’s patch and nickname was indicative of its location and training. The Trailblazers were a new outfit, with no prior history, and they would be making a new name for themselves, like the old pioneers who had carved a home for themselves out of the Oregon wilderness. The white mountain was a likeness of Mount Hood, Oregon’s tallest peak, which is visible from Adair on a good day, while the pine tree was a reference to the 91st Infantry Division, from which the 70th drew personnel in order to activate.

The 70th saw combat in the last days of December, 1944, in the Saar region of France, helping repulse a German attack that was acting in concert with the German attack in Belgium. The 70th was in continuous action through the end of the war in Europe, driving into the German heartland reducing trapped German units in the Saar Pocket until the cessation of hostilities in May of 1945. In October, 1945, the Division returned home and was deactivated.