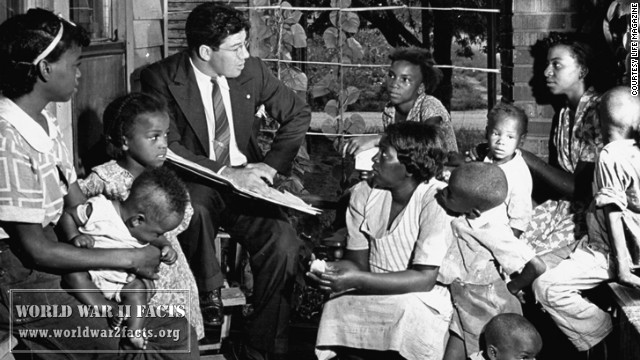 The 1940 US Census was the sixteenth census taken by the United States Census Bureau and was taken during the second year of World War 2 but was finished more than a year and half prior to the entry of the United States into the war. The census determined that the population of the U.S. was 132,164,569 which represented a population growth of 7.3% as compared to the 1930 census. When the records of the census were released by the National Archives on April 2nd, 202 after the mandatory 72 year waiting period, it provided the first consolidated database of archive files for the Americans who participated in WW2 available for use in military records and family research from the time.

The official record date of the 1940 Census was April 1st, 1940; however, information was collected for the full month of April that year. There were a number of questions added to the survey that include the highest education level reached, wage information, where personnel were located five years before, and also introduced new sampling techniques. For the first time, one person in every 20 that was surveyed was asked additional questions on their census questionnaire. There was also a field test conducted of the planned census questions in 1939. The census fulfilled the federal requirement that a United States census be taken every ten years in order to determine the appropriate number of representatives each state is entitled to in the United States House of Representatives. The first U.S. Census undertaken was in 1790.

What Questions were Asked on the 1940 Census?

The 1940 Census include a fair number of questions intended to provide detailed information about the population of the country at the time. For

both historians and hobbyists who enjoy researching the American Census associated with the “Greatest Generation,” this information helps provide context to the day-to-day lives of those living in this era. Specific questions asked included:

In the United States, the census is the only record that provides a comprehensive description and the issues relevant to most of the population of the country on that given day. The 1940 U.S. Census accomplished this task similar to the other census’ that have been taken in the country since 1790. Since the data from the census was made public in 2012, the information provided includes specifics on how the Great Depression and FDR’s New Deal program in the 1930s impacted Americans. During this timeframe, the population of the various American territories was assessed to be 2,477,023 persons (Puerto Rico, Alaska, American Samoa, Hawaii, Guam, American Virgin Islands, and the Panama Canal).

A change when compared to past censuses, the U.S. 1940 one had surveys taken only by enumerators who went door to door in the United States to collect information. If someone was out when the enumerator visited, they would come back. People were also counted who were living in trailer camps, hotels, and tourists during the survey and were counted on April 8th and 9th, 1940.

The supplementary schedules of the 1940 census provide additional background information on the person(s) being interviewed for those who are researching the genealogy of family members who served in World War II. Information such as the location of one’s birthplace, whether or not the person was a Veteran (defined by participation in the Spanish-American War, Philippine Insurrection, Boxer Rebellion, or World War (note no 1 was listed by WW1 at the time since World War 2 was not yet labeled such in the United States)), and if the individual was in the regular military or served in another war not mentioned.

There are more than 3.8 million images included in the documentation that has been scanned from the more than 4,000 rolls of microfilm from the

1940 census. In order to help with efforts to query the information contained in the data, the United States government launched a website specifically devoted to the process of browsing the digital images now posted online from the Census. If someone wants to manually search through the information follow these steps:

Step 1 – Launch your computer’s web browser.
Step 2 – Open the Official 1940 Census website.
Step 3 –  Click the “Getting Started” tab located at the top of the web page.
Step 4 – If you do not know the 1940 enumeration district (most people do not), then click the “Start Your Search” menu button located on the web page.
Step 5 – Select the “State,” “County,” “City,” and “Street” of the person you are looking for. If you do not know all of the information that is OK, just enter all of the information that you do know.
Step 6 – Click the “Map” or “Descriptions” menu buttons which will display the enumeration districts for the location you are querying.
Step 7 – View the results displayed.

How to Search 1940 Census Data by Name

Unfortunately, the U.S. Government project that makes 1940 Census data available for free online does not yet have a by name search capability included on the website. If you are unable to locate the information that you require for either a military records or family genealogy search, then turning to a commercial product is likely the answer. One of the websites that I have used to research family members who took part in WW2 is archives.com. If you are in for a “one-off” lookup, the site has a seven day free trial period. On the seventh day, you get charged for the service, so make sure to try it out and cancel if you don’t want to make use of the number of features offered by the service.

Step 1 – Register for the archives.com service to help find Your Ancestors

.
Step 2 – Login to the archives.com portal after confirming your new account.
Step 3 – Enter the last and first name in the appropriate text fields located on the subsequently displayed web page. You can also enter the birth and death year (if known).
Step 4 – Choose the target state (if known) and click the “Find Ancestors” menu button.
Step 5 – View the records that match your query.
Step 6 – If you do not see records from your search that are from the 1940 U.S. Census, then you can enter this as a local site query to directly query the archives.com processed records from the census.